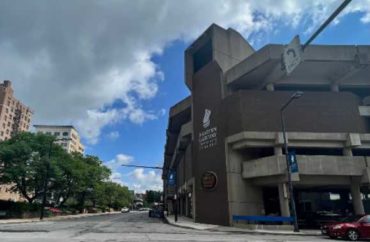 Eastern Gateway Community College in Ohio will no longer enroll new students in its “Free College Benefit Program” while it works through legal issues with the U.S. Department of Education.

Federal officials questioned the set-up of the benefit program marketed to union members. The Department of Education alleged in a letter that Pell grants for poorer students helped underwrite tuition for other enrollees who made too much money to qualify for that financial aid.

“The college is still offering the Free College Benefit, but is not enrolling any new students into the program at this time,” according to an August update from the college.

The community college had partnered with the for-profit Student Resource Center and the Union Free College Benefit (Union Plus), which recruit members of participating unions and get a cut of the federal fund disbursed to them, according to Inside Higher Ed.

“EGCC is merely waiving/writing off all non-Pell/state grant charges on student accounts, and falsely making it appear that the students are being funded by outside entities,” according to the letter. “Essentially, under this program, students who receive Pell funding are being charged for the program, but students not receiving Pell are not.”

“EGCC must not disburse Pell funds to any new students enrolling in the Free College Benefit Program until it is redesigned to charge full tuition and fees to all non-Pell eligible students,” the letter continued. “To accomplish this, EGCC must cease waiving the tuition and fees for non-Pell students.”

”The U.S. Department of Education’s goal is to minimize disruption to students as we assess the impact of Eastern Gateway Community College’s (EGCC’s) treatment of students from low-income backgrounds who are eligible for Federal Pell Grants,” DOE spokesman Alberto Betancourt wrote in a July 28 email.

“EGCC is not permitted to disburse Federal Pell Grant funds to any new students accepted for enrollment in the Free College Benefit Program after July 18, 2022, until it is redesigned to comply with federal student aid laws and regulations.”

The College Fix reached out to Eastern Gateway Community College and received a response from Cristen Tarquinio, associate vice president of marketing, on July 26. Tarquinio deferred to a July 27 press release.

“Eastern Gateway Community College is excited to announce that EGCC can continue to offer the Free College Benefit for new and existing students for the Fall 2022 semester,” the release stated.

“After thorough discussion with college legal counsel and the Ohio Attorney General’s Office, the college has concluded that it is in the best interest of EGCC to move forward only by exercising an abundance of caution,” the release continued. “As such, and until EGCC receives the responses from [the U.S. Department of Education], the college is temporarily suspending new enrollments in the Free College Benefit for Fall 2022.”

The Fix reached out to one of the unions that utilizes the program, the American Federation of State, County, and Municipal Employees, via its website on July 25, but has not received a response.

The Fix also reached out on Aug. 10 to Joe Widener, a media representative at AFSCME Ohio Council 8, to ask what his members’ experience has been with the program and whether he knew about the allegations. It has not received a response.

The college’s programs have been under scrutiny since at least 2021.

The Fix reached out to Laura Janota, a representative from the Higher Learning Commission, Eastern Gateway Community College’s accreditor, who noted on July 26 via email that the agency was monitoring the investigation by the U.S. Department of Education. An earlier letter, effective November 4, 2021, highlighted several problems at the community college.

“The Higher Learning Commission is aware of the U.S. Department of Education investigation and is monitoring the situation carefully,” Janota stated.

The college’s status had been changed from “Accredited” to “Accredited – On Probation,” according to the letter from the Higher Learning Commission. HLC determined that the higher education institution “does not meet [its] Criteria for Accreditation related to teaching and learning: quality, resources and support; and teaching and learning: evaluation and improvement.”

“An institution’s accreditation may be withdrawn if it does not meet one or more of the Criteria for Accreditation, Federal Compliance requirements, Assumed Practices, Eligibility Requirements or Obligations of Membership,” Janota wrote.

“Withdrawal is only one possible outcome of the Probation process,” the HLC spokeswoman wrote in a subsequent email. “HLC could decide to lift Probation if concerns have been remedied or any number of other actions could be taken by HLC to help/support/encourage the institution to remedy our concerns.”

Editor’s note: The article has been updated to clarify the status of the community college and to include a link to a letter from the Higher Learning Commission. 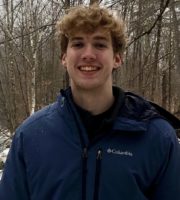