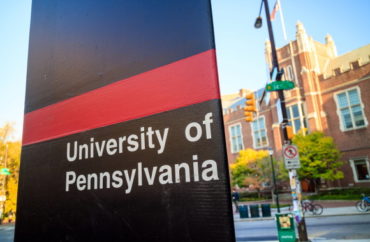 A large group of protesters crashed and shut down the University of Pennsylvania’s freshmen convocation speech by President Liz Magill on Monday to demand the Ivy League institution get involved in helping an eviction case near campus.

This is the second convocation to be shut down by cancel culture in recent weeks. Student protesters, citing “constant oppressions,” recently shut down Marquette University’s back-to-school convocation.

Pennsylvania news reports put the number of protesters at Penn at anywhere from 70 to more than 100, but described it as largely community demonstrators with some students. They are upset “about the looming eviction of residents in a nearby affordable housing complex,” Inside Higher Ed reported.

Magill had to abruptly end her first-ever convocation speech as a result, the Daily Pennsylvanian reported. A university spokesperson told the student newspaper a written copy of her full speech was later distributed to the Penn community.

The protestors are called the Coalition to Save the UC Townhomes and organized the demonstration to try and halt an upcoming eviction Oct. 8, chanting “Save UC townhomes” and “Stop Penntrification,” the Philadelphia Inquirer reported, adding:

Penn does not own the townhomes and has no plans to purchase them or redevelop the site, but housing activists believe the university should step in to help because it has taken up more real estate in the neighborhood over time, and its presence has spurred development and gentrification. …

For months, residents had been trying to speak with Magill about how Penn could help residents, to no avail, said Rasheda Alexander, a 14-year townhome resident and organizer at the coalition. The protest was the culmination of mounting frustrations from residents who felt ignored by the university, which they feel has failed to respond to their calls for help and to purchase the property so residents could stay.

… At the convocation Monday, protesters held signs that read, “Penn is displacing Black families,” and chanted, “Housing is a human right,” “From the dorms to the streets,” and “Liz Magill, stop the eviction.”

A Penn spokesperson told the Inquirer that although the speech was shut down, Magill attended a dessert reception Monday with students.

Gutmann become U.S. Ambassador to Germany after paying then-Vice President Joe Biden $900,000 for a job at the Ivy League school that required no regular classes and up to 12 appearances on campus.