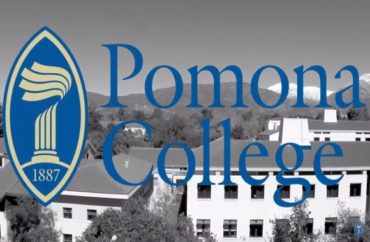 An elite private college in Southern California is facing a unique health and hygiene problem — “plastic bags filled with urine” are being thrown away in hallway dorm trashcans.

What’s more, “some students had even urinated into bins located within the residence hall, rather than bothering to use the lavatory facilities,” reports the Claremont Independent.

The problem is centered at Walker Hall at Pomona College, a private institution nestled near the foothills of the San Gabriel Mountains, that costs $70,000 a year in tuition and fees to attend.

An email was recently sent to residents living in the co-ed Walker dorm. They were informed “this behavior is unacceptable, and must stop.”

The email was sent by Pomona’s Residence Life Coordinator, Andrew Castro, who added the building attendants “have been taking extra precautions and steps in order to deal with these incidents. Additionally, the smells start to permeate the general hallway.”

An email sent Monday afternoon to a Pomona College official by The College Fix asking why this might be occurring, how many bags of urine have been found, whether one or more students might be responsible, and what might be the punishment, was not immediately responded to.

Walker Hall is described as hosting 112 residents consisting of seniors, juniors and sophomores.

Pomona College junior and co-editor-in-chief of the Independent, William Gu, told The College Fix that the peers he’s talked to about the problem have expressed “disgust that something like that would happen.”

The whole situation is troubling, he said.

“It seems like it takes more work to urinate in a bag, tie it up, and then throw it in a cash can in the hall compared to just using the restroom like a normal human being,” Gu told The Fix. “… I think it happens on college campuses too often—and is a reflection of decreasing standards of decency today—than something that is one-off.”