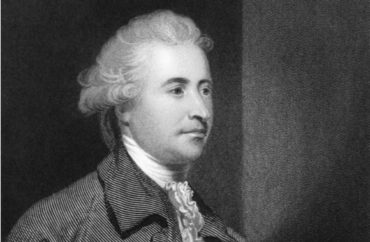 Latest snub toward ‘The Case for Colonialism’ professor

Portland State University didn’t like a professor’s explanation of how his proposed “Conservative Political Thought” graduate course would “represent a broad diversity of voices” and be “culturally responsive.”

Those are Graduate Council requirements for new courses, and Bruce Gilley challenged their common academic interpretations in his application for the course.

The council rejected his proposal on Wednesday, citing the political science professor’s answers to the diversity sections on the new-course application. It also dinged Gilley because a librarian allegedly didn’t respond to his request to discuss what library resources he’d need for the course, another requirement.

It’s the latest snub by the public university toward Gilley (left), whom it previously investigated for “discrimination and harassment” after he wrote a journal article titled “The Case For Colonialism.”

Gilley has twice taught “Conservative Political Thought” under a course number associated with “Selected Topics,” meaning the subject changes in each section. “It is a crucial missing part of the political theory offerings of the department,” Gilley wrote in his application, which he shared with The College Fix Thursday. “The enrollment has justified a permanent course number.”

The council said his application answers “did not support the University commitment to access and inclusion,” according to an email from Curriculum Coordinator Andreen Morris that Gilley also shared.

Course would take ‘non-identity based approach’ to diversity

The application for new courses emphasizes that faculty must explain how their proposal is “culturally responsive, reflects a diversity of voices, and accounts for a wide variety of learning styles.” It links to PSU resources on student diversity and “how to build diversity into your teaching methods.”

Gilley’s application explains the course as a survey of conservative political thought starting with Edmund Burke (featured image, above) and moving forward, including European, British and American variations. It’s also being proposed as an undergraduate-level course. (Wednesday’s vote was about the graduate version.)

Current course offerings in the department, “as well as related normative courses in other departments, tend to downplay, indeed generally ignore, conservative normative arguments, except as objects of ridicule,” Gilley wrote in a section on potential “overlap.”

Even another political science course on “Liberalism and Its Critics” concerns itself with “left-wing” criticisms, he continued: “In general, conservative political thought is entirely absent as a serious subject of study from the courses and curricula in Political Science, not to mention the rest of the university.”

The professor questioned the narrow view of diversity implied by the application questions on diversity. Gilley argued that his course would “enhance diversity of opinion, ideas, and political viewpoint offerings at PSU”:

Application to make “C… by on Scribd

The course would include perspectives from those assumed to benefit from the diversity agenda, “including critiques from black conservatives in the U.S.”

The very subject of the course prevents Gilley from teaching it in ways “normally prescribed by dominant left-wing approaches,” he answered the question on cultural responsiveness.

Instead, he would teach students through a “non-identity based approach” that emphasizes the “diversity of intellectual, personal, individual, and character-based” characteristics.

Writing in all caps, Gilley said students would study “social privilege” as a concept that’s not tied to “group identity” and is “much more complex and non-obvious … than is assumed by those on the cultural Marxist left.”

Asked to explain how the course would reflect his students’ various learning styles, Gilley said he would not assume their styles by their “skin pigmentation” but evaluate them as individuals as the course proceeded.

Pressed to explain the council’s rejection, Morris told Gilley in an email that his answers to the two diversity questions failed the access-and-inclusion test, “particularly in regards to providing accommodations to students to the standard set by the Disability Resource Center.”

The minutes from the Graduate Council’s April 24 meeting, also shared with The Fix, don’t mention how Gilley’s proposed course fails the center’s standard for accommodations. The center is a department of Diversity and Multicultural Student Services.

Two members of the council voted to forward the course to the Faculty Senate, according to those minutes, “but the motion was not acted upon”:

MORE: Why these vilified scholars of Western civilization still smile 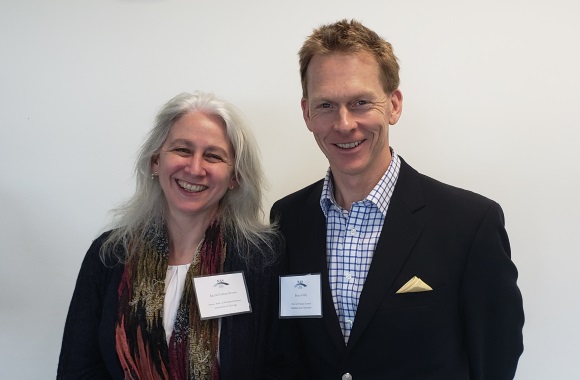 Gilley with the University of Chicago’s Rachel Fulton Brown at a National Association of Scholars conference. Both were vilified by leftist mobs for defending Western civilization.

Morris’s email also said the council objected to the “lack of a librarian statement, which the review panel reported requesting several times during their review process.”

The April 24 minutes don’t mention the librarian issue, but Gilley gave different answers on the “Librarian Resources Discussion” question between the graduate and undergraduate course applications.

The latter specifies that he emailed the relevant librarian, Michelle Desilets, on Sept. 21 to “get your sign off on library resources for a new course proposal.” Gilley said he never got a response. The answer to the same question on the graduate application simply says “No response received to 21 September 2018 email requesting comment.”

Morris’s email told Gilley that his description of not receiving a response “was deemed insufficient as it does not address the resources needed to support the course.” Wood, the council chair, was copied on Morris’s email.