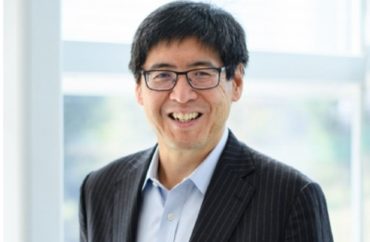 The university said it has not found evidence of data manipulation

Princeton University launched an investigation into allegations of data manipulation lodged against the head of the school’s Gerrymandering Project.

Professor Samuel Wang (pictured) is accused of manipulating data given to New Jersey’s redistricting commission and of creating a “toxic work environment” for his staff, according to the New Jersey Globe. New York University’s Brennan Center for Justice rated the maps a “partisan gerrymander” in favor of Democrats.

Wang deferred a request for comment by The College Fix to the university.

“Based on an initial review conducted after the Congressional Redistricting Commission completed its work, the University knows of no credible allegations of data manipulation pertaining to the work product delivered to the commission,” Michael Hotchkiss, Princeton’s director of media relations, told The Fix via email on May 4. He did not respond to a request on May 11 for an update on the investigation.

“Members of the University community are always free to bring forward any concerns they may have regarding their educational or working environment,” Hotchkiss told The Fix. “When concerns are brought to its attention, the University investigates them in accordance with its policies and takes action to address them, if and as appropriate.”

“While a review is pending, the University may implement interim measures if it deems them necessary to ensure that the investigation is thorough, unbiased and fair,” he stated. The “interim measures” are put in place to ensure “the affected working or educational environment is appropriately managed.”

“In general, the University avoids commenting on pending investigations out of fairness to those involved,” Hotchkiss stated.

The State Supreme Court of New Jersey previously dismissed a lawsuit from the state’s Republican Party to get the formulas used to redistrict election districts disclosed.

The Globe reported that Princeton officials started the investigation “after members of his staff alleged that he was manipulating data to match his personal agenda, and for mistreating people who worked for him.”

The conservative publication reviewed “multiple memorandums, letters and emails from the Princeton University Human Resources department obtained by the New Jersey Globe.” The news site declined to share the documents with The Fix because “they were provided by a source under the condition of anonymity.”

Members of Wang’s staff have accused Wang of showing bias towards the Democrats in the gerrymandering project by manipulating the data given to the tiebreaker, John Wallace.

“He’d fudge the numbers to get his way,” an individual told the Globe. “He had an agenda. He was good at hiding it when he had to, but it was clear Sam wanted Democrats to win and he was willing to cheat to make that happen.”

Wallace said, according to a state court filing, that his vote for the Democratic map was swayed by Wang’s evaluation of the two parties’ maps.

The Fix also reached out to two professors that study gerrymandering twice via email on May 4 and 9, Shawn Donahue with the University at Buffalo and Brian Amos at Wichita State, but received no response.

The Fix asked how redistricting experts should disclose formulas to promote transparency and their thoughts on the best practices for redistricting and sharing data related to decisions on redistricting.