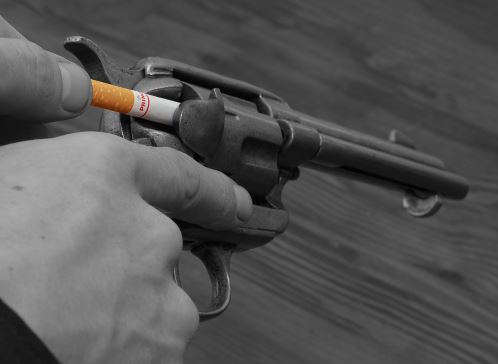 “In the context of public health, an epidemic is what we face,” said Princeton University President Shirley Tilghman last week.

Tilghman, in her speech at the “Culture of Violence Summit,” hosted May 28 at the Ivy League university, went on to compare gun violence to smoking in public, pollution and car accidents involving children.

All three of those issues have led to what many contend are onerous oversight laws that restrict freedoms. Take, for example, some municipal laws which prohibit apartment dwellers from smoking cigarettes in their own homes. And a state law in California mandates children must use car seats until age 8. As for pollution, there’s an entire government bureaucracy in the EPA created to enforce various regulations.

Nevertheless, those laws passed under the auspices of public health mandates and collective safety. So too could gun-control measures, Tilghman argued.

Tilghman essentially posited that if the gun-violence issue were tackled from a public health stance, like those three issues, the debate would ultimately favor gun-control proponents and lead to stricter gun-control laws.

“If lives are to be saved and injuries reduced, we need to approach this  issue not in terms of the Second Amendment — with its hotly contested meaning and appeal to abstract rights — but in terms of concrete national well-being, much as we have dealt with smoking in public settings, industrial emissions, or the use of seatbelts and child restraints in motor vehicles,” she said. “At a fundamental level, we must accept that the problem of gun-related violence directly or indirectly affects us all, and that the campaign against it will not be won by banner headlines but by education, one mind at a time.”

Campus officials, in a news release on the summit, touted Tilghman’s remarks as setting the stage “for examining gun violence through the same lens as other public health threats.”

Other academics at the conference concurred the strategy could be successful in creating new gun-control laws.

David Knowlton, president of the New Jersey Health Care Quality Institute, said the successful efforts in reducing car-related injuries and fatalities were a result of a public health call to action, and similar initiatives have addressed “value-based subjects” such as sexually transmitted diseases, drug abuse and smoking, according to campus officials.

“It is my hope that we will go beyond discussion of personal rights and focus on collective safety, for I firmly believe that this is the only ‘path to yes,’ ” Knowlton said.