They got away with ‘deliberate and systematic violations of constitutional rights’

Can a professor hold university officials personally accountable for violating his constitutional rights when they deliberated with lawyers before doing it?

The New Civil Liberties Alliance posed the question to the Supreme Court in a petition seeking review of a 5th U.S. Circuit Court of Appeals ruling that granted “qualified immunity” to University of North Texas officials.

The appeals panel agreed with the trial court that UNT violated Ralph Walsh’s rights in a Title IX proceeding that ended with his termination. But it overturned the lower court’s finding that officials’ behavior was “clearly established” at the time as illegal – the threshold for denying qualified immunity.

A week after Walsh attended a medical conference with students and other faculty in late 2014, a student formally accused the professor of sexual harassment. He claimed they engaged in “mutual flirting” but she called it “unwanted harassment,” in the phrasing of the 5th Circuit.

The allegation was subject to outside investigation but not a “formal hearing,” and the university recommended termination.

Walsh noticed that several statements from his interview were not in the outside investigator’s report. He requested a hearing before the Faculty and Grievance Committee, but that body allowed the accusing student to avoid testifying.

MORE: Prof sues UNT for punishing him over defense of ‘racist’ composer

It also “refused to admit” into evidence Walsh’s photos of the accuser “with her arms around” him at the conference and “otherwise smiling” with him. The committee found Walsh responsible for violating the university’s sexual harassment policy and terminated his contract five months before it would expire.

The 5th Circuit expanded the judge-made doctrine of qualified immunity by shielding officials who were not subject to short time constraints when they acted, the petition claims. Qualified immunity is generally associated with “split-second decisions” by police officers in interactions with potentially dangerous individuals.

The appeals court “blessed systematic and deliberate violations of the law even when pertinent authority plainly alerted government actors to the illegality of their conduct,” the alliance argues.

Alliance lawyer Adi Dynar told The College Fix it wants the high court to settle whether the “mere presence” of contrary decisions between federal appeals courts means the law can’t be “clearly established” for the purpose of qualified immunity.

If not, the alliance is seeking clarity on whether a lower standard for “clearly established” law can be applied to cases where “officials have sufficient time to obtain and act on legal advice” before violating a plaintiff’s rights.

The public-interest law firm was founded by Columbia University law professor Philip Hamburger (below), whose specialty is the drastic expansion of administrative law. Last month the group filed an appeal with the 2nd Circuit on behalf of another fired professor, Cornell’s Mukund Vengalattore, whose Title IX proceeding had similar alleged due-process violations. 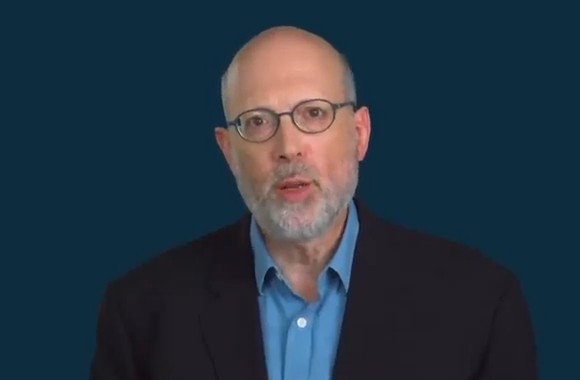 UNT claimed that officials didn’t infringe Walsh’s due process rights and that they were entitled to qualified immunity even if they did. The trial court denied its motion for summary judgment and request for qualified immunity.

The judge held that Walsh had the right to cross-examine his accuser as a means to evaluate the student’s credibility, and that “cross-examining the outside investigator was not a reasonable substitute,” as phrased by the alliance petition.

This right had been clearly established in the 5th Circuit for nearly 30 years at the time of Walsh’s 2015 hearing, the court found. The 1986 Wells decision found that “federal constitutional due process demands” the right of accused public school employees to cross-examine witnesses, “or a reasonable substitute for that opportunity,” in administrative termination hearings.

The 5th Circuit agreed that Walsh “suffered a violation of his procedural due process rights” in the context of a termination hearing, by being deprived “some opportunity for real-time cross-examination” to test the student’s credibility before the hearing panel.

But the appeals panel said the Wells decision was not as determinative as the trial court thought, and precedent must be at a “high degree of specificity” that is “beyond debate.”

The law also can’t be clearly established because the federal circuits are closely split on the necessity of cross-examination in university proceedings, the 5th Circuit said. Such disagreement “at the time of the offending official conduct robs officials of fair warning” that their actions would be illegal, according to four of the 11 appeals courts.

Three circuits also extend qualified immunity to decisions that result from “deliberative-decisionmaking,” no different from those made in a split second, while only one has ruled the opposite.

The Supreme Court can add much-needed clarity to its definition of “clearly established” law, as justices Clarence Thomas and Sonia Sotomayor have previously sought, by taking Walsh’s case, the alliance argues.

“When officials like those sued here have ample time and opportunity to understand the nature of the circuit split (how much confrontation and cross-examination is required in Title IX university proceedings), it cannot be said they lack fair warning,” the petition says.

There’s no question among appeals courts that “some” level is required, and the 5th Circuit ignored five of its own precedents on due process in faculty disciplinary proceedings. The petition says every court to consider the issue after Walsh’s proceeding has sided with plaintiffs like him.

“Rather than immunizing good-faith mistakes, qualified immunity in these fraught circumstances rewards deliberate and systematic violations of constitutional rights,” the alliance argues.

MORE: Rolling back the administrative state with due process lawsuits