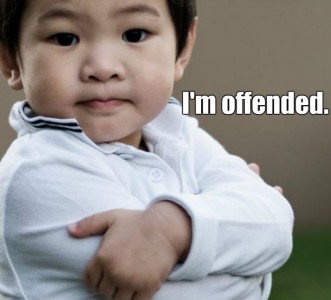 Here’s the twisted logic behind why some professors think telling someone “America is the land of opportunity” is a “microaggression.”

Fox News interviewed the professor who came up with the idea that phrase and many other innocuous and common expressions – “There is only one race, the human race” and “I believe the most qualified person should get the job” – are “offensive.”

That scholar is Columbia University’s Psychology and Education Professor Derald Sue, whose name and work is cited among the campuses that have advised their scholars to avoid such phrases.

Here’s what Sue had to say in defense of his reasoning:

Sue said this topic is a very complicated and controversial issue to understand because “offensive” statements like “America is the land of opportunity” is not fully understood from the perspective of a minority American citizen.

“Tell [‘America is the land of opportunity’] to black people who were enslaved and brought over here. Tell that to Native Americans who had their lands taken away from them. Tell that to Japanese Americans during World War II who were incarcerated in concentration camps…it’s inspirational to hear that type of statement from a person who truly believes it, but it is not when you look at reality and the history of the United States,” Sue said.