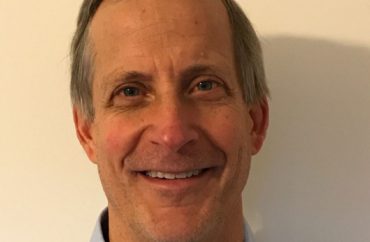 His successor, a young black woman, celebrates his removal

Saint Michael’s College in Vermont has regularly featured its “adjunct professor of peace and justice,” John Reuwer. He teaches “theories of conflict resolution” for nonviolent action and nonviolent communication.

But the Catholic school unceremoniously dumped the 38-year veteran of emergency medicine and antiwar activist after some students accused him of using an offensive word in their class.

The only report on the incident comes from the school newspaper The Defender, and it omits details that are crucial to understanding what happened. A search of Google, Facebook and Twitter for Reuwer’s name did not reveal further details – not even social media posts about the incident.

The newspaper would only say Reuwer (above) made a “racist epithet” in class, but not if he made the remark in a pedagogical context. (While the incident happened Aug. 31, the first day of classes, the newspaper didn’t report on it until Monday.)

Margaret Bass, special assistant to the president for diversity and inclusion, told the newspaper that students told the administration “a faculty member used the N-word explicitly in class.” She said they made a “Bold, honorable, and courageous move” by complaining about Reuwer’s speech.

MORE: ‘Radicals’ want prof canned for asking if any ‘good’ came from slavery 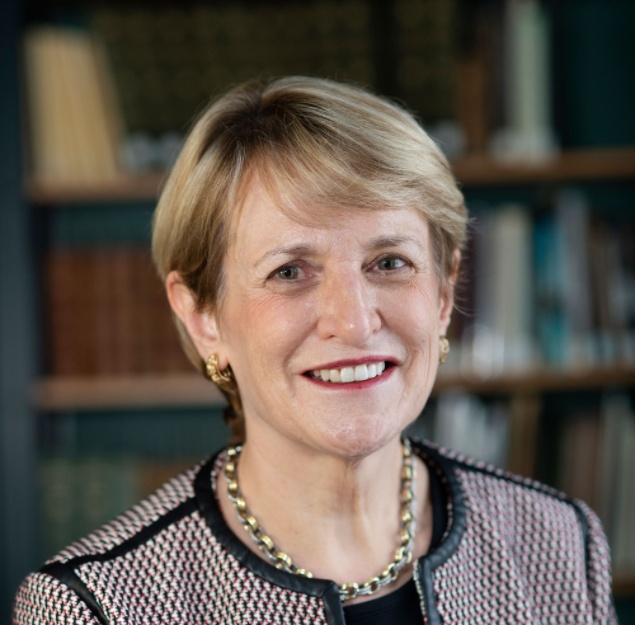 The professor told the Defender that he believes “the school has fired me,” but apparently he has not been given notice of his status. President Lorraine Sterritt (left) told the community in a Sept. 4 message that the college “immediately undertook a thorough investigation and then took appropriate action,” because “racially offensive language will not be tolerated on this campus.” She declined to specify further, calling it “a personnel situation.”

Media relations for the college has not responded to a College Fix query Tuesday asking for the exact word Reuwer used, the context of the class discussion, and what Saint Michael’s policies promise faculty regarding academic freedom and their speech, inside and outside the classroom.

Reuwer did not respond to emails to his Saint Michael’s address or personal account, shared with The Fix by Greater Boston Physicians for Social Responsibility. The group includes him in its speakers bureau.

Reuwer was giving “a brief overview of African-American history” when he “used the epithet when describing a term that degrades black individuals,” according to the newspaper. Students were so shocked they didn’t respond, but at least one transferred out of the class as a result of the incident.

Students also criticized Reuwer for having no apparent reaction at the start of the class when a black pupil said she enrolled in his course because she had been “shot by a police officer at a Black Lives Matter protest.”

The professor’s interview with the Defender suggests he didn’t use the n-word, contrary to Bass’s claim. He didn’t know “this was a loaded term” or that using it “to make a point was necessarily harmful. … I was not aware that it was essentially a taboo word. No one told me that. In that, I have not caught up with the current times.”

Some of the newspaper’s questions to Reuwer, presented in a Q&A format for readers, are startlingly accusatory. It stated as fact that he committed a “contradiction” by telling the community in a letter that he “immediately regretted” using the word and also saying he didn’t realize “the extent of pain it could stimulate in students.” (As with other primary sources, the Defender didn’t share his letter with readers.)

Noting that his class was meeting in person, Reuwer said he couldn’t discern any reaction from students after using the word. Everyone was wearing masks and he had trouble hearing students, particularly those in the back:

I was immediately uncomfortable with it, but nowhere to the extent of the students. That was a lack of my sensitivity. I regretted saying it and I had no idea what they were thinking. If it was a normal classroom, then I would have seen the shock on people’s faces. … I asked myself, “do I want to make an issue of something that is not an issue for them?” I was clueless as to what they were thinking. If I had known the pain they were experiencing, I certainly would have reacted.

He said he didn’t hear the black student who said she got shot by police, or else “class would’ve stopped and we would have talked about it.” Reuwer was wearing an N95 mask – the only kind that reliably seals off the face – and noticed he was getting “winded” by his difficulty breathing.

Saint Michael’s hired a young black academic, Kayla Loving, to take over Reuwer’s course. According to her Facebook profile, she had started a new job only two months earlier – restorative justice coordinator at a Vermont social services agency.

She cheered Reuwer’s removal, advocating that “all institutions should adopt a zero-tolerance policy for racism, homophobia, transphobia, sexism, ableism, etc.,” in the paraphrase of the Defender. “We can’t continue to make excuses,” Loving said: “How are protected classes supposed to feel safe when [students] know that they can experience racism at any moment?”

She will show students that “they live in a biased system that favors those with more privilege– from their high school curriculum to global politics.”

According to World BEYOND War, Reuwer is currently facilitating an online course on “Leaving World War II Behind.” His most recent “peace team” deployment was in South Sudan with an “unarmed civilian peacekeeping” organization.

MORE: Prof fired for using n-word in pedagogical context in one class