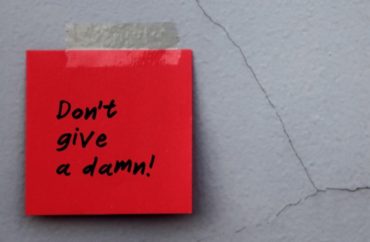 In an era where lawyers are increasingly chosen to run universities, maybe Maryland’s Frostburg State University should junk its psychology-trained president.

The taxpayer-funded institution apparently doesn’t know the difference between “obscenity,” a category of expression not protected by the First Amendment,” and “obscenities,” the slang term for subjectively naughty words of every kind – theological, sexual, scatological.

The Foundation for Individual Rights in Education named FSU its Speech Code of the Month for February because of its ludicrously broad Residence Hall Posting Guidelines.

“Legalese can be confusing and frustrating, but a lack of precision when using legal terms in policy materials can have serious consequences,” writes Laura Beltz, FIRE’s senior program officer for policy reform.

The policy, which was apparently never reviewed by a lawyer, badly botches the three-part Miller test used in courts to decide whether a given expression is “obscene” and thus unprotected.

The first prong of the test alone has four different qualifiers (“average person,” “contemporary community standards,” work “taken as a whole” and “prurient interest”). The next two prongs have at least six more.

FSU’s flyer policy, by contrast, bans postings with “content that would be considered offensive to a reasonable person (e.g. nudity, obscenities, etc.).”

It would be quite the feat for banned material at FSU to also qualify as legally obscene, Beltz notes, using precisely the examples that came to my mind:

When a college puts in place a policy that defines one of those exceptions incorrectly or that misuses colloquial terms in banning content, that policy may chill protected speech and could be applied to unlawfully punish students. …

If a student submits a flyer with a curse word on it or one that includes a photo of Michelangelo’s David, we can’t expect the residence life staff member evaluating posters to know such material, despite including obscenities or nudity, is constitutionally protected. There’s far too much room for abuse with such a broadly written policy.

MORE: No ‘qualified immunity’ for officials who violated students’ rights

Again showing FSU’s lawyers are either asleep on the job or excluded from reviewing policies whose unconstitutional provisions could get its president held personally liable, the Supreme Court has basically rendered its flyer policy unenforceable.

A ruling against the University of Missouri banned the taxpayer-funded school from punishing a student for “publishing a student newspaper that included the headline ‘Motherfucker Acquitted,'” Beltz notes, and “nudity” has similar problems in case law.

At minimum the FSU administration should copy Arizona State’s flyer policy as a constitutional alternative to its amateur-hour ban on visual expletives and famous artwork, and if it really wants to protect student rights, also let students post flyers without prior review or names attached “in at least some locations on campus,” Beltz writes.

After all, what’s the point of having a university if the majoritarian mob can weaponize cowardly administrators to chill the speech of minorities whenever it wants?