Likely in breach of legal settlement with student newspaper

Six months ago, we learned that Haskell Indian Nations University shows little concern for human life. It kicked a student out of campus housing with no hearing, leaving him homeless during a pandemic, because he called a campus employee an “asshole” for threatening to tow his car.

President Ronald Graham ordered the editor-in-chief of the student newspaper to not ask public officials for interviews. Full stop. Or else face “disciplinary action.”

Graham’s wide-ranging Oct. 16 “directive” to Jared Nally, posted by the Foundation for Individual Rights in Education, shows his exasperation with The Indian Leader, which won several awards two weeks earlier in the National Native Media Awards.

The university and student newspaper have been feuding for months, according to FIRE: The administration replaced the Leader‘s faculty adviser with an administrator, and the staff responded by removing the spy. Taxpayer-funded bureaucrats also “ignored the Leader’s repeated attempts to renew its position as a sanctioned organization, ascertain the balance of its account with the student bank, and gain recognition for its former adviser.”

The most severe allegation is that Nally recorded a conversation with a university official “surreptitiously – and without her permission.” (He was asking a financial aid coordinator how a student fee increase would affect financial aid, including his own. The information was used in a subsequent opinion article.)

Kansas is a one-party consent state, meaning Nally did nothing wrong, but Graham (below) fumes at him anyway: “In many states, this would be considered a felony.” Nally cited the law “to justify disrespectful behavior toward a university official” and violated “journalistic codes of ethical conduct,” according to Graham, who isn’t exactly a role model on ethical conduct.

The editor-in-chief also called Lawrence police to inquire about the death of a university employee, which Graham nonsensically characterized as “demand[ing]” information “on behalf of the university.” He claimed that “[u]nder no circumstances” does Nally have the “authority” to contact any governmental agency while … accurately representing himself as a student journalist at Haskell.

The main problem for Graham, who only became president in May, seems to be that Nally is making the school look bad:

Your name has been identified recently, and on more than one occasion, as someone who routinely attacks Haskell employees with letters; recently, you attacked a Haskell official during a community event. … Your behavior has discredited you and this university. You have compromised your credibility with the community and, more importantly, you have brought yourself, The Indian Leader, Haskell, and me unwarranted attention.

What are these “attacks”? According to the legal warning letter, Nally was investigating possibly misleading data the university was reporting to the U.S. Census Bureau about the “racial identities” of students, not all of whom are solely Native American.

In the course of this effort, he filed an ethics complaint against administrator Tonia Salvini with the city’s Community Police Review Board, on which Salvini sits. (He’d already complained about her at CPRB public meetings.) The same day, Oct. 9, he filed an internal grievance about the university’s reporting of racial identities related to the census.

Yes, Nally is surely a crusading journalist. But by threatening him, Haskell may be opening a very expensive can of worms for its new president.

No qualified immunity for scofflaw president

The dispute over the faculty adviser is related to a 31-year-old legal settlement intended to preserve The Indian Leader‘s editorial independence. The newspaper is allowed to alter its “Plan of Operation” each year, and this year it requires the administration to appoint an adviser from a group the Leader nominates.

But because the administration recently barred faculty from serving as student organization advisers, the Leader lost its adviser, leading the administration to appoint interim Dean of Humanities Joshua Falleaf. Staff feared this move would erode their editorial independence, so they voted him out under their new Plan of Operation – a move Graham characterized as illegitimate under the settlement. 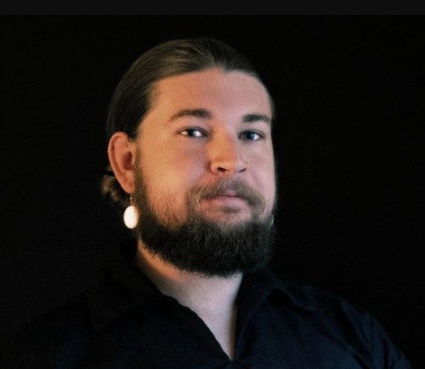 More gravely, the ethically compromised president accused Nally (left) of violating the student code of conduct by “essentially” calling another administrator a “liar.”

And that’s not Graham’s only disciplinary threat. Not only must Nally stop engaging in common journalism practices, but he must treat university officials “with appropriate respect” – whatever that means – or face discipline.

The president seriously argues that he has the right to nullify Nally’s constitutional rights. “You will NOT” write letters about anyone in the Haskell community that bring “unjustified liability” (?); “[m]ake demands” (journalistic requests) from “any governmental agency” or anyone at Haskell; fail to get permission before recording interviews, in spite of state law; or “[a]ttempt countermanding decisions” regarding the appointment of faculty advisers.

Needless to say, Graham is all but daring the Leader to go to court to enforce the 1989 settlement, and then some.

The warning letter from FIRE, SPLC and NAJA reminds the president that he’s trying to punish Nally and the newspaper for “core” First Amendment speech: criticism of public officials. The Supreme Court’s decision in Sullivan explicitly protects “attacks” on public officials, such as those Nally is supposedly making on Haskell employees.

The president’s ignorance of the law goes beyond court decisions, according to the letter: Kansas law explicitly protects Nally’s right to “inspect” public records, meaning he has the same right to “request” inspection from agencies such as Lawrence police.

Of course, we already knew that Graham believes Kansas law is subservient to his own whims when it comes to one-party consent. “[Y]ou may not punish [Nally] for participating in legal newsgathering techniques,” the letter flatly states.

Haskell is asking for legal repercussions unless it rescinds its threats against Nally and the newspaper, including denying the Leader “access to its bank account and other resources,” the organizations warn. Its actions clearly violate the 1989 settlement by “inhibit[ing] the free expression” of Leader staff.

Graham should at least worry about his own liability for making such explicit threats against a student and student newspaper for their protected speech:

A public college administrator who violates clearly established law will not retain qualified immunity and can be held personally responsible for monetary damages for violating First Amendment rights.

The president has shown “reckless or callous indifference to the federally protected rights of others” by even citing the 1989 settlement in his threat letter to Nally, the organizations warn.