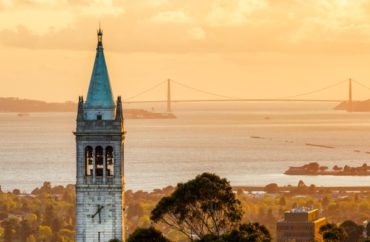 San Francisco Unified School District will reportedly no longer use the word “chief” in job titles in an effort to respect Native Americans.

“While there are many opinions on the matter, our leadership team agreed that, given that Native American members of our community have expressed concerns over the use of the title, we are no longer going to use it,” spokesperson Gentle Blythe told the San Francisco Chronicle.

The Chronicle reported the decision was made Wednesday and a replacement term has yet to be determined.

The word “chief” will no longer be used in reference to job titles in the San Francisco Unified School District in an effort, school officials said, to avoid the word’s connotation with Native Americans. A replacement term has not been determined.https://t.co/7S1nzLrc37

“By changing how we refer to our division heads we are in no way diminishing the indispensable contributions of our district central service leaders,” Blythe told the Chronicle.

The school district employs 13 officials who use the word “chief” in their titles, the New York Post reported, adding that as of Thursday morning, the monikers had not yet been changed on the website.

But the Post pointed out that the word “chief” can trace its origins to the Old French word “chef,” meaning “the head of a group” — however “it has come to be closely associated with Native American tribal leaders known as ‘chieftains.'”

Sanitizing and being sensitive to Native American concerns on schools, colleges and universities has been a trend for years. Most notably, many mascots have been scrubbed while “land acknowledgments” have been added to syllabi.

In March of this year, Marquette University also removed a Native American from its school seal after complaints. In December 2021, Gonzaga removed old pictures from a gallery, including pictures of students wearing Native American costumes for a musical performance of “Little Mary Sunshine.”

MORE: U. of California system to provide free tuition to Native American students