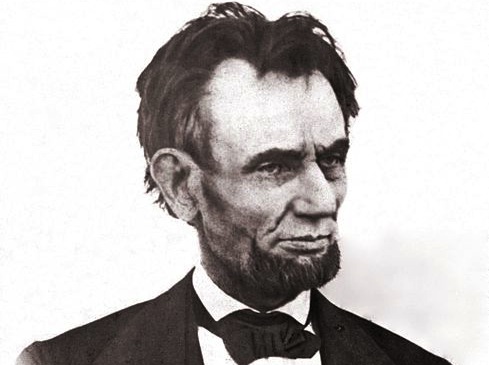 His positives do not outweigh his negatives

The San Francisco Unified School District will rename Abraham Lincoln High School because the 16th president “did not show through policy or rhetoric that black lives ever mattered” to him.

That’s according to Jeremiah Jeffries, a first grade teacher and head of the district’s School Names Advisory Committee.

According to the Daily Mail, the committee’s main gripe, however, appears to be Lincoln’s treatment of Native Americans.

“Abraham Lincoln is not seen as much of a hero at all among many American Indian Nations and Native peoples of the United States, as the majority of his policies proved to be detrimental to them,” the committee said.

During Lincoln’s tenure, the Homestead and Pacific Railway Acts led to “significant loss of land and natural resources” for Natives. Lincoln also ordered the largest mass hanging in American history — 38 members of the Dakota tribe were hanged for actions in the 1862 Dakota War. (The president did commute the sentences of over 260 other Natives, however.)

Jeffries, who was co-founder of the groups Teachers 4 Change and Teachers 4 Social Justice and whose parents were “prominent members” of the Nation of Islam, claimed Lincoln’s positives do not outweigh his negatives.

Lincoln scholar Harold Holzer of Hunter College said “Nobody is going to pass 21st century mores if you’re looking at the 18th and 19th centuries.”

The move has become the source of some debate, however, as – to many – Lincoln is one of the greatest presidents America has seen with his leadership during the Civil War and abolition of slavery a critical and progressive moment in the move toward racial equality across the nation.

In 1854 in Peoria, Illinois, he said: ‘My ancient faith teaches me that ‘all men are created equal’; and that there can be no moral right in connection with one man’s making a slave of another.’

In 1863, he then issued the Emancipation Proclamation declaring ‘that all persons held as slaves’ within the rebellious states ‘are, and henceforward shall be free.’

Yet, he also made a number of racist comments, such as arguing that there is a physical difference between black and white races and that he favored the ‘superior’ position assigned to the white race in 1858.

‘There is a physical difference between the white and black races which I believe will forever forbid the two races from living together on terms of social and political equality,’ Lincoln is quoted as saying.

“Honest Abe” is but the latest victim of the City by the Bay; in October, the renaming committee recommended changing the names of 40 other schools. Those excised include Thomas Edison (he electrocuted animals), longtime California US Senator Diane Feinstein (she once allowed a Confederate flag to be hoisted at San Francisco’s City Hall), and eight US presidents including Teddy Roosevelt (opposed voting rights for blacks), Herbert Hoover (engaged in “redlining”) and now, Lincoln.