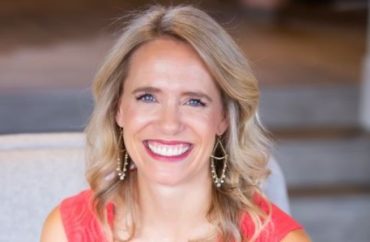 COVID gave parents a glimpse of what was happening in classes. How dare they respond!

How goes that old cliché about democracy — it’s “the worst form of government – except for all the others that have been tried”?

Despite their protestations to the contrary, especially during the last six years or so, progressives have shown they are the ones who disdain democracy. And laws. And rules.

And most especially when conservatives win: Something must be wrong!!

Remember their paroxysms of anger following the 2000 and 2016 elections because G.W. Bush and Donald Trump didn’t win the popular vote? The whining about a 200-plus-year constitutional provision was guffaw-inducing enough; even funnier was the narrative that in a “real” democracy, Al Gore and Hillary Clinton would have been president.

(It never occurs to them that without the Electoral College, Bush, Trump and any other GOP candidate would vigorously campaign in states like California and New York … which currently are all but abandoned by Republicans.)

And remember how the pandemic worked to progressives’ advantage in 2020 with mail-in ballots, etc.? Well, what they didn’t foresee was that their zeal for continued virtual instruction at the K-12 level led to greater awareness of what is going on in our schools and classrooms.

This greater awareness led to greater participation in the democratic process as usually monotonous school board meetings became rather … interesting. So interesting, in fact, that the Biden administration pondered a “domestic terrorist” label for parents who became too involved in democracy.

Enter School Board Partners founder and CEO Carrie Douglass (pictured). In a recent Education Week op-ed (which essentially is a rehash of her late-2021 Ed Post piece) Douglass notes that she too is miffed about all this new parental democracy:

In both articles, Douglass says “we must de-politicize school boards” (as if their politicization is a new phenomenon), and her concern about “lies about vaccines and critical race theory” ignores current events (and can be translated to “challenges progressives do not like”).

Douglass, whose Linkedin profile notes she’s “passionate about dismantling systemic racism in public schools” and “loves to talk about ‘equity’ and ‘womxn in leadership,'” says the way school board systems are set up currently works in favor of older, more affluent — and whiter — candidates. They’re the ones who have the time and resources to run for, and then hold, a board seat.

This is a problem for democracy, Douglass says, because such individuals aren’t really representative of the community. Never mind, of course, that the community gets to choose who represents it on a school board … and if it doesn’t like that an old, well-to-do white guy is running, it won’t vote for him.

(By the way, does the school board on which Douglass serves look “representative”?)

At any rate, Douglass has ideas on how to improve our school boards:

— Pay members a “living wage”
— Hold board meetings at more convenient times
— Provide board members with “child care, transportation, and food”
— “Professionalize” boards by providing members with a staff.

She also wants states to mandate that school board members get “substantial training” on “everything from board governance and communications to finance and executive management to policy writing and community engagement – all with a focus on equity.” (No doubt these all will sit well with local taxpayers.)

If such “substantial training” is to be mandated for school board representatives, maybe we should first require it of those who make the big decisions. Just skip the “equity” part.

MORE: North Dakota school board ditches Pledge of Allegiance due to ‘under God’