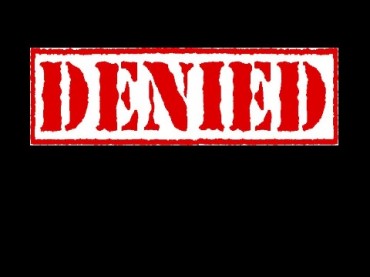 Three female College Republicans at CU Boulder on Tuesday were denied their request for financial support from their student government to travel to CPAC, putting their plans in the lurch with the event just a week away.

Leaders of the campus College Republicans decried the decision as a violation of the school’s funding bylaws and an example of viewpoint discrimination in interviews with The College Fix.

College Republicans President Olivia Leyshock said she and her peers just wanted to “educate ourselves in something we find a passion and interest in, and that is what diversifies our campus.”

Leyshock said she’s not sure how she’ll get to the Washington, D.C.-based event now.

“As a student, I am living paycheck to paycheck,” she said. “I don’t have the money to do this sort of thing.”

CU Boulder student Aslinn Scott, chairwoman of the Colorado Federation of College Republicans and a regular contributor to The College Fix, said she is upset by the decision.

“Here we have women stepping up to be the leaders of the College Republicans,” she said. “We all pay into the system, it’s all our student fees.”

“They are denying us a great opportunity. It’s inconsistent and unfair.”

CU Boulder College Republicans sought $800 to help shoulder the travel costs for Leyshock, Scott and another female student to get to the Conservative Political Action Conference, a three-day event that launches March 6. They planned to pay registration fees out-of-pocket. A fourth female student from CU Denver was set to come along.

Last week, the Arts and Sciences Student Government initially approved the funding request. But on Saturday, CU Boulder College Republicans were told that the decision would be overturned.

In denying the request Tuesday, student government leaders cited a campus policy which states that “fees may not be used in support of or opposition to political candidates or for political parties. Requests for student fee support of partisan political activities will not be entertained.”

“Unfortunately, your funding request does not satisfy this requirement,” Jerome Castillon, president of the Arts and Sciences Student Government, stated in an email to Scott. “I am aware that other student groups have received funding to attend partisan conferences and other political functions, but they were not funded by student fees.”

In response, Scott emphasized the money was sought only for travel, not to support a political candidate or party, adding no student-fee dollars would go toward supporting CPAC directly. She also told Castillon that CPAC is not an official event of the Republican Party.

“The conference tends to draw people from all over the political spectrum; whether they are liberal, libertarian, or conservative leaning,” she stated. “The Republican Party may promote this event, but so does the Libertarian Party and independent groups.”

“I have heard from friends they had their Democrat friends attend to give a perspective on leaders in the conservative movement. So this does not fall under a partisan political activity either.”

The argument did not pass muster with the student government.

But the College Republicans get denied.