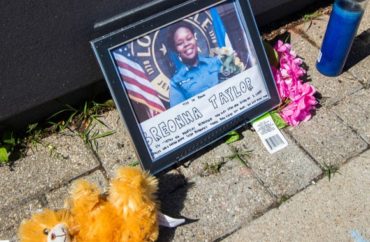 Standard journalism practice is to reserve ‘murder’ for convictions

Kenna Griffin is accused of trying to do that – and the result was the mass resignation of staff for the Washington Square News, a student newspaper funded by but editorially independent of New York University.

In a “letter from the editors” published Monday, the News laid out its grievances against Griffin, who joined as its advisor earlier this month, and demanded her firing as a condition of their return. (She’s employed by the university but continues working from Oklahoma, where she still teaches in the University of Oklahoma’s journalism school.)

The signatories – reportedly 43 out of about 50 newspaper staff – also demanded a reader and staff boycott of the News until Griffin is removed.

Many grievances focus on her perceived abrasive style – Griffin fired the editor-in-chief “without warning” soon after arriving – and illustrate the increasing gap between old-school journalism practices and newly woke newsrooms.

But some accuse Griffin, who is also president of the College Media Association, of racism precisely for observing best practices in journalism.

One of the incidents involve Griffin’s alleged attempt to stop the News from using the word “murder” to describe the death of Breonna Taylor. It was reporting on New York protests in response to a jury’s refusal to indict officers who killed the young black woman in a botched raid on her home:

An editor stood up to Dr. Griffin’s demands and refused to edit out the word “murder” from our article about Breonna Taylor’s murder at the hands of Louisville cops. Dr. Griffin demanded the Managing Editor discipline them, as she “didn’t want to have a full deal publicly.”

Abby Hofstetter, 21, who stepped down as managing editor of Washington Square News, said in an interview that Dr. Griffin had failed to explain the journalistic use of the word in a Slack message to staff.

“That hurt our Black staff,” Ms. Hofstetter said. “Tensions were really high. The way that so much of the staff just woke up to that message, it was very clear that she did not understand the gravity of what she was saying.”

The dispute over the word “murder” was the last straw for the 43 staff (out of about 50) who resigned.

Echoing recent accusations against the incoming journalism dean at Arizona State University, the letter from the editors says Griffin was “increasingly rude and disrespectful to the staff, despite being repeatedly reminded that her words had a negative effect on staff morale.”

She was “unnecessarily harsh” and told complaining staff that they were “too immature to accept critique,” the letter continues, claiming staff are “afraid of retribution” given her unexplained firing of the editor-in-chief. The 43 staff are offended that Griffin has “[r]epeatedly stated that anyone offended by her words was simply being sensitive” and that taking offense was a poor fit in journalism.

Griffin’s alleged insensitivity toward staff is not apparent from her Twitter activity in the past week, praising the News staff for Taylor protest coverage and retweeting staff video. She did not criticize the use of “murdered” in a News tweet.

I am so damn proud of these students for the way they handled this huge breaking news event all over their city. @nyunews THIS is how it’s done! #collegemedia https://t.co/EjQYiGzu8d

The most explosive gripe in the letter is that Griffin, who is white, “trivializes Black voices when they speak up.” The advisor’s defense of standard journalism practices with regard to the Taylor verdict “displayed an increasing disrespect to WSN’s Black staff members, leading to one staff member choosing to speak out and accuse Dr. Griffin of intolerance”:

Dr. Griffin took this criticism poorly — she defended herself arguing that there was no proof of her racism, and demanded to speak with a Black student before admitting guilt, which she still has not done.

Griffin’s suggestion to that black student – write an op-ed instead – showed that she used black voices “for personal gain,” the letter claims.

They accused her of ignoring “reporters’ personal safety at protests” by telling them to cover breaking local news; “[r]efus[ing] to concede that people interviewed and photographed would want to be anonymous for safety reasons”; trying to edit out “trigger warnings on articles on sexual assault”; and asserting the mainstream view in journalism just a few years ago that “racism is a matter of subjectivity.”

The advisor didn’t escape criticism on gender issues. She allegedly told an editor with gender dysphoria to use the person’s “real name,” which the letter calls “transphobic rhetoric and behavior,” and changed “spokesperson” to “spokesman” in referring to a male communications officer, which violates “the need for gender-neutral language in reporting.”

In addition to Griffin’s resignation, the staff’s demands largely consist of transparency initiatives, a firmer wall between business and editorial, specific qualifications for advisors, and limits to advisors’ power over staff. They want advisors to be paid by the newspaper itself, not NYU’s journalism department, and for the News to stop being labeled “independent,” given its financial reliance on NYU.

Staff curiously claim that they also rely on the administration’s “emotional” support. They demand “safety, physically and mentally,” for going out to cover news, including the provision of personal protective equipment. (Students are at exceedingly low risk of COVID-19 complications.)

Griffin has not responded to the controversy on Twitter, where her last post is from Sept. 27, the day before the News demanded her firing. Her professional website was briefly down Tuesday afternoon, and earlier Tuesday the website returned a spam page.

The Fix has twice asked Griffin for an interview about the kerfuffle. The College Media Association, which Griffin leads, has also been silent on the controversy. Its last Twitter interaction was retweeting coverage of Taylor protests by the News.

Breaking: A massive demonstration of bikers is being followed by the NYPD on Second Street and Second Avenue. We will continue to update this thread with details. pic.twitter.com/irRd9k4A3g

NYU refuses to get involved, telling the Times that it will only intervene “in a manner that ensures that such assistance does not impinge upon or raise any specter of doubt about the paper’s editorial independence.”

In seeming contradiction with the letter from the editors, the university spokesperson also said that the News advisor position is “independent of NYU and is paid with WSN revenues.”

Read the letter and Times report.