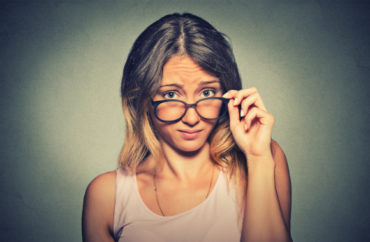 The University of Michigan student paper failed to provide a complete description of the suspect in an ethnic intimidation and assault against a UM student, even though its own link to the police report does exactly that.

Ironically, reporter George Weykamp provides a “content warning” at the top of his Michigan Daily piece — “This article contains descriptions of violence against women as well as racially motivated violence” — and notes that both local and UM police did not answer his query about the race of … the victim.

On July 22 a female UM student was attacked in downtown Ann Arbor by a “middle-aged black male, about 5’11’’, medium build, medium skin tone,” according to a UM Department of Public Safety and Security bulletin. The suspect also wore a “navy ball cap with a yellow block M and either a dark black, gray, or blue shirt,” and was riding a “mountain bike that may have been silver in color.”

The Daily‘s description: “The perpetrator was described in the bulletin as a medium-build, middle-aged man wearing a navy ball cap with a yellow block M on it.”

Weykamp did not respond to a College Fix query asking why he omitted the race of the suspect in his piece.

Colleges across the country have come under fire for mentioning race in crime reports and alerts, usually based on the fear of “perpetuating stereotypes.” Earlier this year, the student paper at Texas State University was livid at a crime alert which noted a suspect was black: “The harm this university placed Black students in cannot and should not be understated.”

At the University of Louisville last September, the school president apologized for a crime alert — the suspect was a black male — because it “likely made many on our campus feel less safe than more safe.”

The University of Maryland, University of Minnesota Twin Cities and Brown University all exclude race from campus crime alerts allegedly because they “reinforce stereotypes and lead to profiling.”

MORE: U. Minnesota to be more ‘selective’ in mentioning race in crime alerts