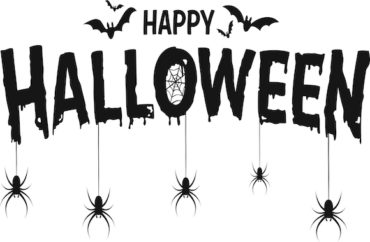 ‘We are taking this as an opportunity to educate our students’

Several students at Northern Arizona University ended up in hot water with their university after pictures circulated of them in their Halloween costumes, depicting them as homeless veterans, immigrants and alcoholics.

Photos of the Halloween outfits circulated on social media showing young men and women dressed in dirty, grimy clothing, The Arizona Republic reports. One girl is dressed up as an “immigrant mother of 10,” while another is depicted as a “veteran [with] prostate cancer.” A third claims to be a “hungry college dropout.”

A viral tweet sharing the photographs urged the university to “come get your students.”

This girl dressed up as a struggling & homeless IMMIGRANT MOTHER for a HALLOWEEN COSTUME. And her friends went as various other homeless people. All the comments are people thinking this is so funny and clever. What the actual fuck, @NAU come get your students. pic.twitter.com/2u2G2ORyqY

The university appears to have responded accordingly. In a tweet posted on Thursday afternoon, the school’s president, Rita Cheng, said that school administrators had gotten involved in the controversy and that the students had expressed regret over the costume choices.

The recent post by NAU students has been taken seriously. We involved the Dean of Students & Office of Inclusion. The students recognize the seriousness of their actions & apologized. @NAU values & supports free speech. Speech demeaning to others does not represent our values.

“The recent post by NAU students has been taken seriously. We involved the Dean of Students & Office of Inclusion. The students recognize the seriousness of their actions & apologized. [The university] values & supports free speech. Speech demeaning to others does not represent our values,” Cheng wrote.

“While we don’t condone the behavior, NAU supports free speech. We are taking this as an opportunity to educate our students,” she added in a second tweet.

Numerous responses to Cheng’s tweet were harsh and condemnatory of the students, demanding stronger action. “Expelled from college is the right thing to do,” one said.

“They need to be suspended or expelled,” said another, while a third tweeted: “APOLOGYYYYY?!!! YALL NEED TO MAKE THEM GO LOOK FOR ANOTHER COLLEGE.”

“I have never heard of your school, but I’m glad the only thing I know about it is that you give racists a safe haven,” one user tweeted.