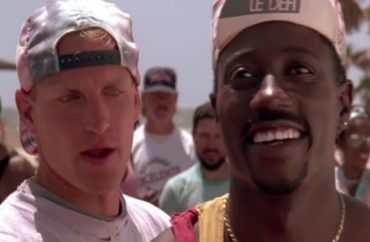 New research by a Skidmore College professor indicates that white people take blacks calling them the N-word as a term of endearment.

As you’re surely aware, some historically marginalized groups have “reappropriated” slurs which traditionally have been used against them.

Blacks often use the N-word among each other, for example, and “queer” has been reclaimed by gay individuals.

Conor O’Dea’s study had over 300 whites read a story in which a black person used a slur toward a Caucasian (during, stereotypically enough, a basketball game). The terms included “nigger,” “nigga,” “cracker,” “asshole,” and “buddy.”

Unsurprisingly, study participants considered the first two epithets as “less derogatory” than the second pair. But they also viewed the former as “more affiliative” — friendly. Blacks viewing other blacks using the terms towards whites felt similarly. (“Buddy” was considered most positive, natch.)

But before you get all Wesley Snipes and Woody Harrelson with each other, consider:

It is also important to realize that this resistance by people belonging to other groups can even heighten racial tensions as some of our recent work has shown that, while White individuals on average react quite positively to a Black person referring to them using the n-word, many White individuals perceive this as a negative thing and may actually respond with more prejudice toward Black individuals in the future, again coming back to my point that we cannot control how people interpret the things that we say and the dangers of using racial or other group-based slurs.

I have little issue with blacks using the N-word among themselves considering the term’s history (and black history in general). I also don’t care about complaints of a “double standard” (usually from whites) when African-Americans get cheesed about a white person using the term in a similar manner.

What I do care about are attempts to criminalize usage of the term, as well as the pillorying of academics who have dared to read or use the word in context.

In the most recent example, Stanford University has made George Orwell proud by “unperson”-ing Professor Rose Salseda for doing just that. Salseda committed the “sin” of writing out the name of the rap group NWA — Niggaz Wit Attitudes — and reading the lyrics of their song “Fuck tha Police” (which uses the N-word numerous times).

Keep in mind Salseda specializes in “the visual art of U.S. Latinxs and African Americans,” and she invoked NWA in a class titled “Riot!: Visualizing Civil Unrest in the 20th and 21st Centuries.” She also grew up in south-central Los Angeles in “close proximity to black people and black culture.”

As a result of her actions, the Stanford Undergraduate Senate passed a resolution condemning the professor, and the university took down her faculty page and scrubbed her from the Department of Art & Art History website. Stanford has since remained mum about the situation.

This is insanity, pure and simple.