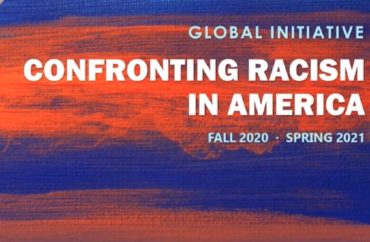 Orange County Community College recently announced that it plans to focus its Global Initiative this year on “Confronting Racism in America,” although its website shows a scarcity of programming. The community college is part of the State University of New York system.

The initiative is an annual theme every year that “seeks to expand students’ horizons, bring academic departments together in collaboration and infuse a global perspective on its curriculum,” according to a description on the school’s website.

The current events list on the SUNY Orange website is empty and only says to “check back soon” for more events. Though the theme is meant to cover the Fall 2020 and the Spring 2021 semesters, it only kicked off with an event on December 1, according to a university news release.

“A keynote event is planned for the Spring, and additional sessions will be announced as they are finalized,” the news release said.

The December 1 online discussion featured “a moderated panel on race and racism,” according to the news release.

Gregory Geddes, a professor in the global studies department, suggested via email that The College Fix contact Paul Basinski, the department chair. Geddes is a former director of the initiative and participated on the panel, but did not have any further information.

“Unfortunately I can’t help you with your specific questions about more programming, or whether it’s available (or if it was taped) online, etc…, as I don’t have any information,” Geddes said.

The university told The Fix in comments attributed to Basinski that it plans to host more programs in the Spring and was finishing adding captions to its December 1 panel video.

“With all of the uncertainty surrounding the COVID-19 pandemic this summer and early fall, we always intended for this Global Initiative to be predominantly held in the Spring 2021 semester,” Basinski said.

The Global Initiative “knew we wanted to kick off the series in the Fall to help generate interest and discussion within our internal College community,” Basinski said. “Planning was slowed somewhat by the pandemic but I’m grateful to the panelists from our Dec. 1 event for leading and contributing to our kickoff event.”

The December 1 discussion planned to explore “challenges of race and racism within this region, and the nation, from a personal and professional perspective, examining both the problems and potential solutions,” the community college said in its news release.

The community college also started a class this semester called “Diversity and Inclusion: the American Experience” that will “present a social history of diversity and inclusion in the United States.”

The entire public university system wants every campus to take at least one action to support diversity, under its “64 Actions on 64 Campuses” campaign.

The community college announced its theme in a video that remains unlisted on YouTube. The university first uploaded the video on November 9 but it’s not clear if it was posted that day or went out first with the November 16 announcement.

“SUNY Orange commits to advancing the ideals of anti-racism and and affirming the need for diversity and inclusivity at all levels of society,” an announcement video said, after a photo of a sign that said “Racism is a pandemic too.”

The university promises to “confront issues of systemic racism through lectures, panels and symposia” that feature “experts from our College, students, and other recognized authorities,” according to the video.

The College’s Global Initiative programming will include a modest schedule of virtual lectures, panels and symposia between now and the end of the College’s academic year in May that will support a deeper understanding of the historical, cultural, political and social dimensions of racism within the United States.

Past annual themes for the Global Initiative include “Water,” “Islands” and “Asia.”