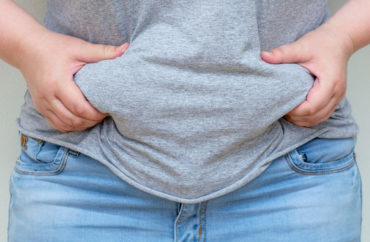 In yet another case of modern narcissistic “cater-to-my-every-whim” culture, students at Syracuse University are speaking out about that campus’s alleged “fatphobia.”

The student paper The Daily Orange cites several students and “experts” who allege this fatphobia manifests itself “overtly and covertly.”

Two … large juniors say Syracuse classroom seating is “alienating” and “wildly uncomfortable” … which says to them the campus is “not being made for [us].”

Other complaints include overweight people getting pigeonholed into certain theater roles, and students not associating with their heavier peers. One anonymous freshman said she feels self-conscious when presenting in front of her classmates — they “are judging her appearance.”

A student (who uses plural pronouns) complained that because their partner is smaller than they are and is “deemed traditionally attractive,” people approach and flirt more with the partner. “The assumption is I’m not a threat,” the student said, and accused her peers of considering them “something that is and should be disposable.” 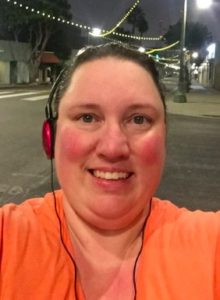 “Trained researcher on fat activism” Ragen Chastain (pictured) added there’s “a tendency among college students to associate with people that fit into traditional beauty standards.” These include being thin, white, cisgender and heterosexual.

“The problem isn’t the fat person’s choices to try to keep themselves safe,” Chastain said. “It’s that weight stigma exists in the first place.”

Danae Faulk, a PhD student who researches “fatness and religion,” said fatness results in “ableist rhetoric” and “implicit thoughts” such as overweight people needing “to get in shape or lose weight.”

Faulk referred to the fact that overweight people are at greater risk from COVID-19 as “hella, hella problematic” — because it allegedly gave her an “advantage” for the first time (vaccine priority). She was “conflicted” by this as “even prior to the pandemic, people often made assumptions that fatness was associated with unhealthiness.

This sort of nonsense is not unlike gender radicals who call out as “transphobic” heterosexuals who refuse to date transgender men/women. But just as there’s nothing at all “phobic” about a straight man refusing to date a woman with a penis, basic science tells us obesity does indeed lead to a variety of health issues. While it may be rude or in poor taste to point this out to and overweight individual, there’s nothing at all “fatphobic” about it.

Which brings us to the point: No one at Syracuse (or anywhere) should be mean to these students just because of their weight. This is basic common courtesy and manners. On the other hand, students and “experts” attempting to enact retribution by calling out all of society just because some have been mean is simply ridiculous.

If the too-small chairs in Syracuse’s classrooms are “alienating” and send the message that the campus is “not being made for them,” imagine if the university did provide extra large seats for students of wider girth. I’d bet good money these students would complain that the university “is singling out” heavy people … or “putting a spotlight” on them. Or some other such nonsense.

There is absolutely no satisfying those who’ve been immersed in the field of oppression studies. Period.