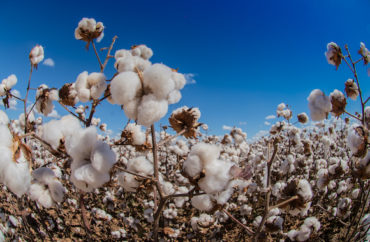 Parent: ‘Re-creates conditions that evoke so many deeply hurtful things about this country’

A San Francisco history teacher allegedly was suspended and then forced to apologize for bringing in cotton plants for a lesson on slavery and the cotton gin.

Last month, the Creative Arts Charter School teacher had brought in the plants, called “bolls,” to show “the sharp edges that had pierced hands while picking cotton and pulling out the seeds,” the San Francisco Chronicle reports.

It took less than a day for the school to begin an investigation into the teacher and the lesson.

Although school officials “declined to confirm” what specific actions were taken, the teacher was absent for five weeks following the lesson. Upon her return just nine days ago, she issued a written apology to school families.

The apology noted the lesson was “sourced from reliable sources” (the report indicates it is “widely available online”) and was “an effort to get the students to understand the difficulty of manually processing cotton prior to the invention of Eli Whitney’s Cotton Gin.”

But, the teacher added, “I realize that this lesson was not culturally responsive and had the potential to cause harm.”

Creative Arts Charter Director Fernando Aguilar said the school community “didn’t feel like the lesson fit into our mission and our vision.” He added “We don’t take things lightly that affect the well-being of our students.”

The Chronicle notes the controversy “has divided the school’s largely liberal community” at the same time states like Florida and Texas “are banning classroom discussion of America’s racist past altogether.”

MORE: Leftist student group wants prof canned for asking if ‘there was a good’ to come from slavery

Ohio State University Professor Hasan Jeffries, who “consults regularly with school districts on developing anti-racism programming,” said “the two things you don’t want to do are ‘trivialize the subject’ or ‘traumatize the children'” when teaching about slavery.

“You just can’t, despite your best efforts actually recreate what slavery was like,” Jeffries said. “Any kind of simulation, any kind of re-creation, any kind of that hands-on kind of teaching, just pushes you into the area of re-trauma, traumatizing children and there are better ways to go about it.”

Putting raw cotton in the hands of children, including students of color like her biracial son, re-creates conditions that “evoke so many deeply hurtful things about this country,” [Creative Arts parent Rebecca Archer] said.

“There are people who think this lesson plan promotes empathy; I’ve heard that and understand that,” she said. “There are a lot of people who don’t understand why it’s hurtful or offensive.”

Students don’t need to have firsthand experiences with slave labor to have empathy for slaves, she said.

Another parent, whose child considers the teacher one of his three favorite people in the world, said it’s “unbearably cruel” what the teacher has endured.

“I think it’s insane they would treat a teacher like this and basically discard a teacher that has been so inspiring and dedicated,” said the parent, who requested anonymity to protect her child. “It feels like it was a lesson in sensitivity and empathy. That’s why my mind is so blown and I can’t stop being angry about it.”

The Chronicle also quotes the UC Berkeley Graduate School of Education’s Zeus Leonardo who said lessons such as the one in question “could be producing harm for the very students the teacher thinks they’re speaking up for.” Which is interesting considering Leonardo has posited that children are born human but then are “bullied” into “becoming white,” and said “to abolish whiteness is to abolish white people.”