School has no intention of eliminating zones, per spokesman

Texas Woman’s University, a public university located in Denton, Texas, denotes certain areas of its campus where students are permitted to exercise their constitutional First Amendment rights. The school has no plans to eliminate those areas even as other schools and states have liberalized their campus speech regulations.

On the school’s main campus in Denton, there are several “designated free speech areas” where students can exercise their right to “the expression of personal politics, philosophy, religious viewpoints, surveys, or announcements,” according to the school’s website. These zones include several “grassy areas” and a patio at the student union.

The school outlines its free speech zone policy in Article I.16.a of its University Regulations and Procedures. “Those who wish to engage in an expressive activity (including literature distribution) may engage in such expressive activity in the University’s Free Speech area without prior registration or approval,” the policy claims. That policy lists five total areas on the Denton campus in which individuals may demonstrate.

“Any acts that are disruptive to the normal operations of the university, including classes and university business, or that invade the rights of others will not be tolerated,” the policy continues. The rule defines a disruptive activity as “obstruction, disruption or interference with classes, research, administrative functions or other university activities.”

The school states that “other areas” on the school’s campus “may also be utilized by departments or organizations for similar activities; however, reservations are required.” Reservations are “contingent upon the approval process,” the policy declares.

Reached via phone, campus spokesman Matt Flores said that the policy predates his time at Texas Woman’s University. Flores told The Fix that there are no current issues with the free speech areas on campus, that the school has “no intention” of eliminating the zones, and that the university believes the policy helps create an environment conducive to learning.

The campus watchdog group Foundation for Individual Rights in Education deemed Texas Woman’s University a “yellow light institution,” which it defines as “[a school] whose policies restrict a more limited amount of protected expression or, by virtue of their vague wording, could too easily be used to restrict protected expression.”

FIRE identified several other areas in which the school’s speech policies are of concern, including its sexual assault policy and the university’s student code of conduct.

In a letter to the university community in November 2017, following the appearance of some neo-Nazis on the school’s Denton campus, the school’s chancellor Carine Feyten wrote: “Free speech is not absolute. There are limits.”

“When free speech incites illegal activity, constitutes a ‘true threat’ that causes a person to fear imminent harm or rises to the level of prohibited harassment, it can be addressed,” Feyten added, echoing Supreme Court precedent on the First Amendment.

In recent months and years, campus free speech policies have come under public scrutiny, and some universities and state governments have liberalized their campus speech rules. The University of Massachusetts – Amherst this year abolished its restrictive speech policy after a lawsuit from an activist group.

As well, the University of Colorado regents this semester voted in favor of new policies to protect free speech on that campus.

The state of Virginia, meanwhile, abolished free speech zones at public universities across the state in 2014. Colorado did the same thing last year. 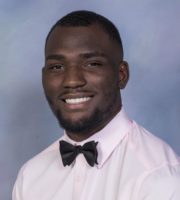 About the Author
Robert Martin