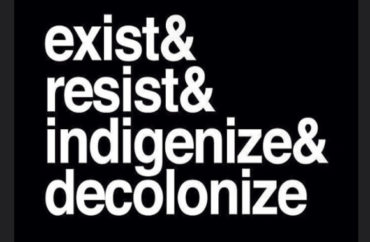 A professor from Purdue University recently argued that STEAM curricula need to be “decolonized” as even the sciences are susceptible to human biases.

STEAM essentially is the same as STEM (science, technology, engineering and math) but adds “arts,” or the “personal expression, empathy, meaning-making and the purpose of what you’re learning,” according to this professor.

Meganne Masko, director of Purdue’s music therapy program, told students at the University of Wisconsin Madison on Monday there are three types of colonialism which erase Indigenous people for the benefit of the colonizer: external, internal and settler.

How does “the historical occupation and seizure of land” apply to contemporary STEAM lessons? According to Masko, it’s “a way colonizers continue to exert control over occupied people.”

“The belief that science is moral, rational, universal and value free and ideologically neutral makes it difficult to dispute and, as such, provides a shield for the historical construction of racist beliefs and representations,” Masko told her audience. As an example, she cited the 2015 article “Curious about George: Postcolonial Science and Technology Studies, STEM education policy, and colonial iconicity.”

The piece, from the journal Textual Practice, reads in part

Through a postcolonial reading of Curious George, we demonstrate how the historical relationship between curiosity, primates, and science also produce colonial connotations that should provide scepticism to the current educational push that thrusts young learners to ‘get curious’.

We can’t have an inquisitive monkey now, can we? 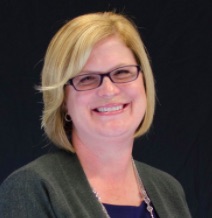 For decolonization, Masko (left) said there needs to be “active resistance against colonized ideas” and a “shifting [of] power towards political, economic, educational and cultural independence of the indigenous ideas of colonized people.” As other “decolonizers” have noted, Masko said educators need to be aware that “there are multiple ways things can be known.”

MORE: Libraries, called too white, are being decolonized

“Revolutionary indigenous knowledge is as valuable and is often the unacknowledged basis for Western ideas,” Masko said. “We as a faculty do our best to find those connections and make them apparent for students.”

Masko pointed to how the ancient Greek mathematician Pythagoras is “largely credited” as the basis for STEAM despite none of his writings ever having been found. And Greek philosopher Aristotle (384 and 322 BC) came up with the concept of slavery as we know it today.

But if we apply the “multiple ways things can be known,” what we do know about Pythagoras comes from others’ accounts. Is that not legitimate? And a man who lived over 2,000 years ago who rationalized slavery? God help us. (/sarcasm)

Of course students should be made aware of examples of indigenous (and other) contributions to math, science and whatever … but not at the cost of actual history and fact. For example, Masko cited Maslow’s “Hierarchy of Needs” as a “colonized version of Blackfoot nation beliefs,” a claim disputed in Scientific American (which, ironically enough, recently jumped the “woke” shark).

If a mere visit to a Native community can lead to claiming a Westerner actually stole his famous theory, then, again, why the belittling of someone like Pythagoras?

Acclaimed historian Arthur Schlesinger warned of such fictitious-yet-feel-good measures in the 1990s. In his book The Disuniting of America he noted how the New York State history curriculum states the United States’ Founding Fathers used the Iroquois Confederation as a basis for the Constitution, an assertion Schlesinger said is plain silly: “Whatever influence the Iroquois confederation may have had on the framers of the Constitution was marginal; on European intellectuals it was marginal to the point of invisibility.”

Schlesinger took on other dubious curricula such as “Afrocentricism,” particularly the Portland Baseline Essays. These lessons claim among other things that Ancient Egypt was a “black” nation, the Ancient Greeks stole their culture from Africa, and that Africa is the basis for all Western civilization. If these were created today, they’d probably say Wakanda actually existed.

As Doug Stokes noted over two years ago, if the decolonization movement is so necessary, “where are the courses that reproduce these iniquitous power relationships? A far bigger challenge would be to find a single British [or American] university offering any course, anywhere, that does not regurgitate the dominant narrative of Western malignancy …”

On the other hand, negative aspects of non-Western cultures (like slavery) are ignored while the positives are highlighted.

Stokes says the genesis of decolonization began in South Africa with the “Rhodes Must Fall” protests. However, if fantasy history weren’t bad enough, “Fallists,” as they’re known, also have advocated a repudiation of things Western in the name of eradicating racism. The replacement? Well, read this — there’s your “multiple ways things can be known.”