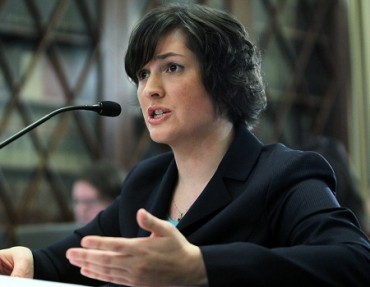 Elaina Plott, a Fix Contributor and columnist for the Yale Daily News, has written a column taking issue with the left’s claim that Rush Limbaugh’s language about Sandra Fluke represents a “War on Women.” It’s in the Middle East, she argues, where women are truly denied equal rights:

March 8 was International Women’s Day. On what was suposed to be a celebration of the brilliance, beauty and achievement of the female sex, we were complaining about our entitlement to insurance coverage for contraception. We let our newly anointed spokesperson Sandra Fluke tell the world that there is a malicious war on women in the United States of America.

In Saudi Arabia, women are forbidden to drive or use public facilities when men are present. If their bodies are not completely covered, they face verbal and physical harassment from the religious police. Jordanian women live in fear of honor killings from their husbands. In Egypt today, women wonder if they will see their hard-fought rights removed when the new constitution is drafted by an Islamist-majority parliament.

On International Women’s Day, these people were victims of the real war on women. Any misogynistic filth pervading our national dialogue is indeed inexcusable, and it should rightly be exposed and its perpetrators reproached. But the comments of people like Limbaugh and Olbermann should not take on the formal title of a War on Women. In giving them that name, we only fuel the perception that Americans remain ignorant of their standing relative to today’s global landscape.

Read the full column at the Yale Daily News.