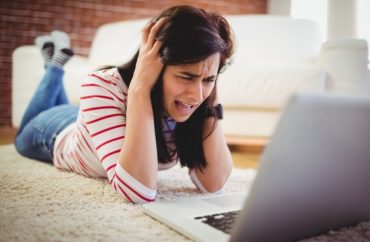 Having a ‘panic attack’ doesn’t mean he’s stalking you

On any given campus, making an accusation of sexual assault is taken on faith as true, and failure to immediately punish the accused party is taken as an intolerable delay in justice.

In any given federal court, however, you have to prove your case.

Four female students came up short in their Title IX lawsuits against Michigan State University, which alleged the administration’s response to their sexual assault claims was “inadequate, caused them physical and emotional harm, and consequently denied them educational opportunities.”

Last week the 6th U.S. Circuit Court of Appeals overturned a lower court that allowed Title IX claims to move forward against the university. It also determined that a university official deserved “qualified immunity” from liability.

The three-judge panel was reviewing whether the taxpayer-funded institution had violated the so-called Davis precedent from the Supreme Court.

It holds that a school is liable for damages only when it is “deliberately indifferent” to sexual harassment “so severe, pervasive, and objectively offensive” that it functionally blocks the victim’s education. (Schools often misstate this precedent in their policies on harassment, replacing “and” with “or” – reducing the three-prong test to a single prong.)

The plaintiffs did not come close:

The panel noted the three-prong test is not easy to meet: “severe” is more than “name-calling” or “juvenile behavior,” “pervasive” is more than one incident, and “objectively offensive” is not determined by the “perceptions” of the alleged victim.

There are also four necessary prongs to deliberate indifference. A school has to “consciously disregard” known harassment and respond in a “clearly unreasonable” way that causes more than “emotional harm.” The fourth prong: The injury to the victim must stem from “post-actual-knowledge further harassment,” encouraged by the school’s indifference.

The plaintiffs are misreading the “two-part causation” statement, which makes clear that only an “insufficient” response by the school can make a victim “vulnerable to” further harassment. They also wrongly claim that “a single, sufficiently severe sexual assault is enough” for damages against a school, ignoring the three-prong Davis test.

Accuser has no right to dictate punishment

One of the two named plaintiffs, Emily Kollaritsch, also claimed that she ran into the male student she accused several times after the university punished him with probation and a no-contact order. That was not a surprise: he lived in the same dorm, and they both used its cafeteria.

But having a “panic attack” every time she saw him does not mean he was “stalking, harassing, and intimidating” her, as she claimed in “conclusory statements, without supporting facts,” the judges wrote.

The other named plaintiff, Shayna Gross, tried to hold the university accountable for “presumably” reinstating the male student she accused of rape. It had hired an outside law firm to review its decision to expel him, and the firm determined he was not guilty.

Because Gross “could have encountered him at any time” after his reinstatement – not that she alleged she did – the university supposedly put her in danger. “Jane Roe 1” made a similar allegation against the university because it “declin[ed] to find sexual assault due to insufficient evidence,” and the student she accused “could” return to campus (he left and didn’t return).

The 6th Circuit these allegations are not close to actionable. 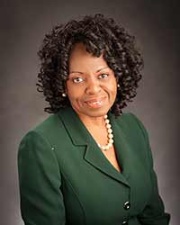 It also shot down Gross’s (apparent) claim that Denise Maybank, vice president for student affairs (left), violated her “clearly established right to equal protection” by setting aside the original verdict and hiring an outside firm to investigate. (The panel notes that her suit was too vague to be sure what she was factually claiming.)

The female student did not show that this supposed right was “clearly established” from existing case law, and her theory “fundamentally contradicts” the Davis precedent, which is supposed to free administrators from the threat of “litigation from every side” for making reasonable judgments in he-said, she-said disputes:

Gross is clearly dissatisfied with Maybank’s decision to overturn the male student’s punishment (expulsion), which also served as Gross’s remedy. But Gross has no “right” to her preferred remedy.

Title IX is meaningless if harassment is only ‘more likely’

The ruling was actually less unanimous than the result would appear, with two judges filing concurrences. John Rogers criticized the majority opinion for asserting “what a plaintiff must show to establish the required actual notice,” even as he agreed with the result and three of the four sections.

Amul Thapar, the author of a sweeping 6th Circuit precedent requiring cross-examination in he-said, she-said cases, explained why he agreed with the majority, “since the question here has divided our sister circuits.”

Thapar agrees with the latter view, because Davis itself found the school’s failure to act “indirectly led to the harassment” – not that harassment was more likely:

To be “subjected” to a harm, as a matter of ordinary English, requires that you experience that harm. And that holds true whether someone directly causes the harm or simply makes you vulnerable to it.

The very language of Title IX precludes the “more likely” view, Thapar continued: How could a student be “subjected to harassment” without actually being “excluded from participation” and “denied the benefits” of education?

“And if you’re still not convinced,” he went on, consider that Congress conditioned federal funding on compliance with Title IX – meaning the requirements had to be unambiguous. “So even if there were any ambiguity, that very ambiguity would require us to adopt the less expansive reading of Title IX.”

Could a university be held liable for reducing its Title IX staff as a result of budget cuts? What about for allowing a bar to open on campus? Or for expanding coed housing options? All these decisions could make students vulnerable to harassment. Yet surely Title IX does not make schools liable for these everyday decisions. 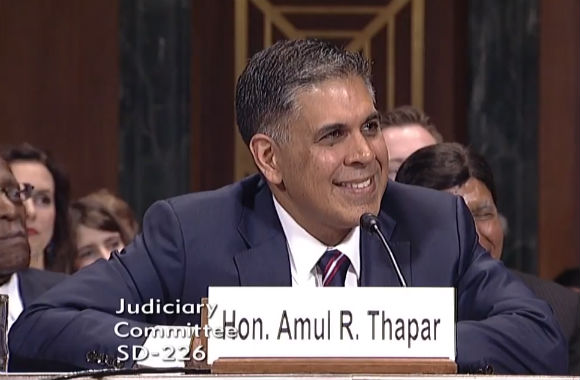