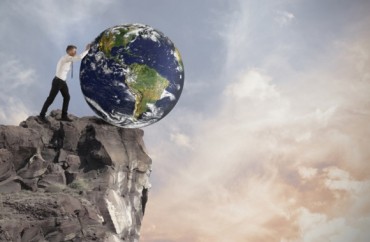 It’s been a few years since The College Fix has reported on scholar Patricia MacCormack. Last we met up with her, she’d given a guest lecture at UC Santa Barbara arguing animals are equal to humans.

Well, she’s back in the headlines.

MacCormack, professor of continental philosophy at Anglia Ruskin University in England, is out with a new book titled “The Ahuman Manifesto: Activism for the End of the Anthropocene.”

“The Ahuman Manifesto navigates the ways in which we must compose the human differently, specifically beyond nihilism and post- and trans-humanism and outside human privilege,” according to its online description.

The Cambridge Network thankfully translated that into English:

The book asks what the relevance and benefit of human life to Earth actually is. Covering a range of contemporary issues including climate change, animal rights, and veganism, the book suggests an extreme solution to the current ecological crisis – human extinction.

In its final chapter, The Ahuman Manifesto looks at developments since entering the age of the Anthropocene, including the “capitalist enslavement of human and nonhuman organisms to the point of ‘zombiedom’”. It goes on to argue that we’re already “apocalypse citizens” and that a gradual phasing out of human life should be embraced.

She explained her bizarre theory further in an interview with Cambridgeshire Live, saying:

“The basic premise of the book is that we’re in the age of the Anthropocene, humanity has caused mass problems and one of them is creating this hierarchal world where white, male, heterosexual and able-bodied people are succeeding, and people of different races, genders, sexualities and those with disabilities are struggling to get that. … The book also argues that we need to dismantle religion, and other overriding powers like the church of capitalism or the cult of self, as it makes people act upon enforced rules rather than respond thoughtfully to the situations in front of them.”

Think this is far-fetched? Not so fast. John Sexton on Hot Air points out:

AOC has discussed whether it’s best that people stop having children in light of climate change and her view of capitalism probably isn’t all that different from MacCormack’s. …

We saw some pretty extreme behavior (blocking traffic and climbing on top of commuter trains) from the “Extinction Rebellion” crowd last fall. But MacCormack apparently sees the group as too tame because their activism is basically focused on saving the plant for people while she wants to save the planet from people.

As crazy as it sounds, it’s true that many on the left view humans as global parasites. They believe humans are the biggest destroyers of the environment and the planet.

This month last year The College Fix reported on a Clemson University professor who argued in the pages of the New York Times that human extinction might be “a good thing” because humans are destroying massive quantities of the earth, making it less inhabitable for “suffering” animals to occupy. Meanwhile, other professors have seriously posed the question: Should people stop having kids to save the planet?

MORE: Don’t have kids if you want to save planet from climate change, prof says