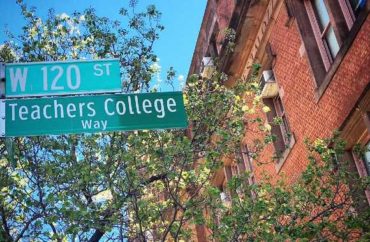 Lucy Calkins, an education professor at Teachers College, Columbia University, has had an incalculably large influence on generations of educators and new readers.

Her recent decision to rewrite her signature curriculum with a greater emphasis on elements neglected by the educational mainstream — especially daily phonics lessons — is a landmark victory in the struggle for evidence-based reading instruction in American schools.

“For decades, Lucy Calkins has determined how millions of children learn to read,” The New York Times reported May 22. Calkins has championed “balanced literacy,” an approach which encourages new readers to focus on the story and “word-guessing” with cues such as pictures, and to choose books based on interest and enjoyment.

The curriculum Calkins designed, “Units of Study,” is used by approximately one quarter of the country’s schools, according to her own estimate. Calkins and her colleagues at Teachers College have graduated “hundreds of thousands” of K-12 teachers, according to The Times.

The Teachers College Reading and Writing Project, an organization Calkins founded in 1981 and describes as a “not-for-profit think tank,” is also big business.

It comprises companies that train teachers at approximately 700 schools on several continents. The New York City school district paid $31 million out to the Teachers College Reading and Writing Project between 2016 and 2022, The Times reported.

Increasingly, however, parents and teachers are demanding curricula rooted in phonics, a method that teaches children to link letters of written language with sounds of spoken language through structured exercises that build on each other. Their preference for phonics is based on decades of research endorsing it as the most effective reading instruction method, according to The Times.

Learning reading “requires a rewiring of the brain,” The Times reported.

A National Reading Panel convened by Congress that included school administrators, teachers and scientists identified the strongest approach to reading instruction as one including “explicit instruction in phonemic awareness” and “systematic phonics instruction,” according to the National Institute of Child Health and Human Development website.

The panel reviewed for its analysis more than 100,000 reading studies published since 1966. It submitted its final reports in 2000 and has not been reconvened.

Other research points to a stronger link between literacy and books that improve vocabulary and knowledge of the world, according to The Times.

Moreover, the tide of public opinion is shifting. “More than a dozen states have passed laws pushing phonics, and Denver and Oakland, Calif., have moved to drop Professor Calkins’s program,” The Times stated.

At Teachers College, progressive theory has given way to scientific evidence

In a May 31 National Review article about the Calkins profile, James Furey and Daniel Buck noted that progressive educators have negatively associated phonics with conservative politics. The authors cited an April article in Forbes, which summarizes some of the history:

Phonics instruction started being denounced as something akin to a right-wing plot at least as far back as the 1950s, when Rudolf Flesch’s book “Why Johnny Can’t Read” burst on the scene…

Flesch pointed out, rather irascibly, that children need to be taught how to link letters to the sounds in words—as he had been taught to do in Europe, where he grew up. American parents embraced the message. Educators, however, pushed back vigorously, accusing Flesch of all sorts of things—including being a political conservative….

Then, in the early 2000s, the Republican George W. Bush administration launched a multi-billion-dollar program to promote phonics called Reading First. Never mind that the impetus for that program began under Democrat Bill Clinton; once again, phonics became associated in the minds of many educators with conservative politics.

“They say students need the freedom to learn in various ways and teachers need the freedom to teach as they believe best. That orientation has led many to see phonics as a regimented, one-size-fits-all prescription that prevents children from developing a love of reading.”

Calkins’s former teaching philosophy, which deemphasized phonics instruction and encouraged children to focus on books of their own choosing, is a “romanticized vision for education,” National Review stated.

But faced with mounting evidence that phonics works best, Calkins “has made a major retreat,” according to The Times.

Her team rewrote her early education curriculum to include daily phonics lessons as well as books and assessments. The new curriculum also replaced “light reading assignments” with more fact-heavy texts about global cultures and the natural world.

“All of us are imperfect,” Calkins said to The Times. “The last two or three years, what I’ve learned from the science of reading work has been transformational.”

But the paper went on to quote Margaret Goldberg, a literacy coach and advocate of reading science: “Professor Calkins’s changes cannot repair the harm done to generations of students.”

Only one-third of American fourth and eighth graders read on grade level in 2019, according to a national assessment by the U.S. Department of Education. The pandemic only worsened educational conditions and outcomes.

Teachers, and the professors who instruct them, should eschew Calkins’ early vision and stick to reading pedagogy supported by the best, most current research.

The fact that many of our educators and institutions haven’t done this, Furey and Buck concluded in National Review, “is just another example of the ideological capture of our educational institutions.”