‘Antiracism’ hinders investigations, but he implies it also causes discrimination

When Kenneth Marcus joined the Department of Education as director of its Office for Civil Rights, he frowned upon the Obama administration’s “systemic” approach to investigating discrimination.

He said his staff were “not advocates or social-justice people,” and they would only enforce the laws as written by Congress.

Marcus resigned last month after two years leading OCR, and he wanted to highlight some tangible results from his new approach.

In the past three fiscal years, OCR actually closed about 1,500 more investigations that require schools “to redress discriminatory practices” than in the preceding three years under the Obama administration, he wrote in The Wall Street Journal.

The statistic comes from OCR’s little-noticed annual report for FY2019, which emphasizes how the Trump administration outperformed its predecessor in resolving education-related civil rights investigations and “greatly reducing OCR’s backlog.”

Marcus credited the increase with OCR’s rejection of an “antiracist” approach that fights against “social outcomes that arise in the absence of racial preferences.” His predecessor let down victims by focusing on “statistical disparities and social change” rather than “mistreatment of individuals,” his op-ed said.

He even suggested that antiracism itself can lead to civil rights violations, citing anti-Semitic harassment against Rose Ritch, a University of Southern California student. She resigned her student government post in early August, following an impeachment campaign that called her insufficiently antiracist.

Neither Marcus (below) nor the Department of Education wants to answer the implied question from Marcus’s op-ed, however.

Asked how OCR investigates discrimination that seems to spring from antiracist principles, and whether antiracism in practice violates civil rights protections, a department spokesperson told The College Fix the questions were too vague. Marcus did not respond to the same queries but specific to his own leadership of the office. 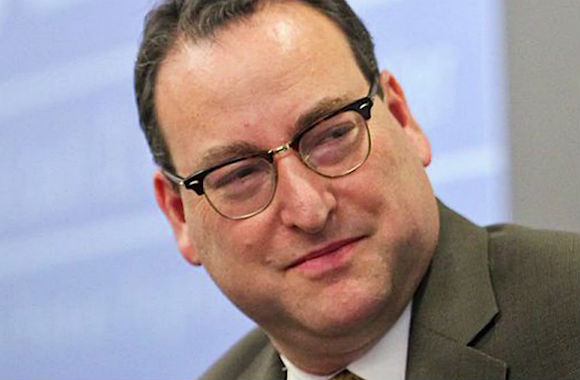 Marcus announced July 9 he was leaving the department at month’s end. The next day the Brandeis Center for Human Rights Under Law, a civil rights organization he founded to fight anti-Semitism, said he would come back as chairman of the board Aug. 1.

Though Marcus had been accused of favoritism toward the Zionist Organization of America and using his position to recognize Jewishness as a national origin under the Civil Rights Act, he did not serve an unusually short term for an OCR director.

Three weeks after his resignation took effect, Marcus credited OCR’s accomplishments with its focus on “combating invidious discrimination” against individuals. By contrast, the Obama administration’s approach was “generally aligned with antiracist thinking,” he wrote in The Wall Street Journal.

The result of this individualized approach was that “OCR is now requiring far more schools to change discriminatory policies and practices,” Marcus said, referring to the FY2019 report released in July.

MORE: Marcus says staff are ‘not advocates or social-justice people’

The report says 21 percent of the allegations OCR received came under Title VI, which covers discrimination by race, color and national origin. It improved on the Obama administration’s resolution of allegations “involving racial harassment or bullying” by 45 percent (2,190 complaints), comparing the two three-year periods. The improvement was lower for resolutions with change – 27 percent.

More than half of the allegations it received concern Title II of the Americans with Disabilities Act and Section 504 of the Rehabilitation Act, which draw comparatively little media attention.

‘To defeat racism, we must turn away from the new antiracism’

Marcus’s op-ed contrasted the dramatic progress outlined in the OCR report with the inherent limitations of antiracist principles, which ignore individual discrimination in favor of “institutions that yield disparities.”

Because the Obama administration got caught up in “looking at statistical disparities and presuming structural problems,” it failed to resolve many more discrimination cases, he said. 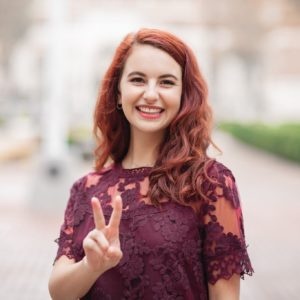 Antiracism itself can produce discrimination, he continued, citing the Rose Ritch (left) example at USC.

The student was harassed into resigning as vice president by antiracist students, namely the Black Student Assembly, who claimed her Zionist views made her racist, Marcus said. When the USC administration defended Ritch, the BSA claimed that denouncing anti-Zionism was itself anti-black.

“This harassment revived anti-Semitic stereotypes and created precisely the sort of harm that antiracism should fight,” he wrote. “To defeat racism, we must turn away from the new antiracism.”

The Fix asked both the Department of Education and Marcus to respond to an argument by a former OCR lawyer, Hans Bader, that antiracism mandates in higher education are a “huge source” of potential racial discrimination.

The spokesperson said he couldn’t answer the question implicit in Marcus’s op-ed: whether antiracism itself leads to civil rights violations, in its view.

Asked if the department perceived antiracism as causing harm to other ethnic groups, particularly Zionists, he provided a statement:

The office “considers the totality” of the “context, nature, scope, frequency, duration and location of the harassing incidents, as well as the identity, number and relationships of the persons involved,” to determine whether a “hostile environment” existed and whether the school responded appropriately, the statement said.

It emphasized that while OCR can’t enforce the First Amendment, its actions must hold to these constitutional standards. “OCR will not interpret any statute or regulation to require impinging upon rights protected under the First Amendment or to require recipients to encroach upon the exercise of such rights.”

About the Author
John Tuttle
College Fix contributor John Tuttle is a senior at Benedictine College majoring in journalism and theology. His work has appeared on The Hill, MediaFile, The Wanderer, and Culture Wars magazine. He won second place in the news/event writing category of the 2020 Kansas Collegiate Media Awards. He has served as the prose editor for Loomings, Benedictine's literary magazine.