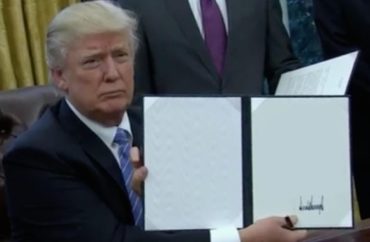 ‘He was and remains almost the perfect archetype of a meme leader,’ Harvard researcher says

President Donald Trump continues to live rent-free in the heads of academia, as evidenced by a recent panel hosted at Harvard University about the president who has not been in office in one and a half years. The panel focused on his election victory six years ago.

Trump won the presidency because of his supporters’ ability to use memes and the Internet, a panel of Harvard researchers and professors said.

Most of the panel is from the campus Shorenstein Center, which is currently being sued for false claims about the election and recently hired former CNN host Brian Stelter as a fellow, so take its commentary for what it’s worth.

“Would the January 6th insurrection have happened if not driven by online mobilization tactics like memes and viral content to spread disinformation, promote extremist ideology, and prompt real-world action?” the panel asked.

“Many of the meme lords who really went to work in 2015, they had they were riding off the wave of their success of Gamergate,” Emily Dreyfuss, a director at the Shorenstein Center, said during the Monday panel.

She recently wrote a book with two of the other panelists called “Meme Wars: The Untold Story of the Online Battles Upending Democracy in America.”

Trump was “ the perfect archetype of a meme leader,” Dreyfuss said.

Political operatives like Steve Bannon and Roger Stone “understood that he would be catnip to these alternative media systems and to these folks who wanted something different,” she said.

“So they played them,” Dreyfuss said.

Another researcher and co-author on the meme wars book, blamed conservatives for Hillary Clinton’s inability to connect with voters, not her thousands of character flaws.

“Hillary Clinton was not memeable nor was she meme savvy and even when she launched memetic campaigns online, even with her branding, as my class knows, it’s been hijacked by the right,” Joan Donovan, a researcher with the Shorenstein Center, told the audience. “So when she came out and said things like the alt-right or basket of deplorables or wrote about Pepe on her website it was just like anything online that had to do with Hillary Clinton was incredibly corrosive.”

Pepe is a cartoon frog that some trolls on the Internet adapted primarily to get under the skin of liberals, which it continues to do, seven years later.

Donovan also blamed Russia for Trump’s 2016 victory. She has previously blamed “right-wing agitators” for pushing a false narrative about lawless rioting in 2020.

Shorenstein researcher Brian Friedberg and a co-author of the book cited above, said that Republicans will probably rely on racist messaging to win in 2022, in response to a question about what narratives to be on the lookout for.

“There will be a continued attempt by the right to simultaneously build a multicultural coalition and continue to protect systemic racism,” the researcher said.