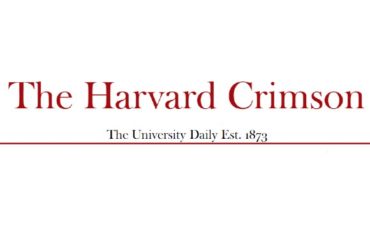 ANALYSIS: Student newspaper stretches to argue that its own survey results show there’s not a bias problem at Harvard

Just because 82 percent of faculty identify as liberal while only one percent of professors call themselves conservatives does not mean there is a problem with bias on campus, according to The Harvard Crimson.

The Crimson editors commented on their own survey which found an overwhelming majority of professors classify themselves as “liberal” or “very liberal.”

While the board wrote that while it did favor “debate and discourse” which are “central to a vibrant intellectual community” and the “lifeblood of academia,” that does not mean that the campus needs more conservative professors.

It took issue with the media reporting on the survey as well as comments from one of the few conservative professors on campus, the 90-year-old political scientist Harvey Mansfield.

Where our board disagrees with Mansfield — and rather sharply, we may add — is in his notion that a more even distribution of faculty along a conservative-liberal binary would increase productive disagreement in any meaningful way. We find little reason to believe that. In fact, boiling down ideological and intellectual diversity to such limited labels strikes us as downright reductive.

Because, after all the editorial argued, liberal professors can disagree.

The board said it did not see any proof that free and open debate is limited on campus.

“In order to have open and honest discussions, individual opinions should be judged on their merits, not by the labels of those who hold those views. Therefore, we should assess our campus climate by how well it lives up to our institutional mission of truth and scholarship,” it wrote. “Can students and faculty engage with one another’s ideas substantively, candidly, and constructively? Do our disagreements reflect genuine attempts to find answers? Can we take individual ideas seriously without conflating them with entire ideologies?”

“We find little evidence beyond Mansfield’s generic complaints that such a situation [suppression of conservative ideas] is actually the case,” the board wrote.

Except there is plenty of evidence.

-A police abolitionist and grad student convinced Harvard to cancel a course on policing tactics by Professor Kit Parker, even though it had the support of the community it benefited. Graduate student Avriel Epps-Darling said she only supported “abolition.” But residents of Springfield, Massachusetts liked the community-driven initiative which had helped the North End part of town become safer and more attractive to businesses.

-Students drove out a Harvard instructor named David Kane after he invited sociologist Charles Murray to campus and accused him of making racist blog posts.

-Activists targeted a law professor, Mark Ramseyer, for writing a paper questioning claims of forced prostitution by the Japanese government during World War II. Activists tried to get him canceled and even compared him to a lunatic who shot six Asian women to death.

The Crimson has an explanation for the Kane and Ramseyer case – there’s no room for those people, who are similar to Holocaust deniers.

Novel and diverse perspectives are inherently essential to generating academic excellence, but there is no merit in being contrarian simply for the sake of it — those who forsake truth and good faith to argue the pseudo-scientific basis for racism [Murray and Kane], misrepresent historical facts [Ramseyer], or deny climate change do not further Harvard’s mission of Veritas.

“Our campus and our truth-telling mission have no use for climate change deniers anymore than they have for Holocaust deniers,” the board wrote. “We — professors, students, and community members alike — all have a role to play in cultivating a space for the intellectually challenging, good-faith discussions we want to participate in,” the board wrote.

MORE: Harvard was once great, now it’s a joke