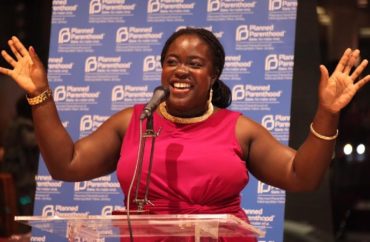 A professor at Tufts University’s medical school launched a new “Center for Black Maternal Health and Reproductive Justice” and needs $10 million to meet her goals for it.

Professor Ndidiamaka Amutah-Onukagha, the medical school’s assistant diversity dean, stated that the center will “position Tufts as a leader in this field,” in reference to black maternal health.

She told The Tufts Daily she needs $10 million for her center.

During a recent interview, Amutah-Onukagha lamented the “explicit racism” in the healthcare field.

She told Capital B News that “63 percent of maternal deaths are preventable” and “the health care system is so fragmented and so racist inherently in its nature.” She said this racism creates a problem where “the needs, the priorities, the symptoms, the responsiveness to Black and brown birthing people, is not where it needs to be.”

Neither her nor the university responded to emails from The College Fix sent in the past two weeks.

The Fix asked if non-black students and faculty will be able to apply for positions at the center, what specific policies the program will research and advocate for, why she refers to mothers as “birthing people,” and if she could provide a breakdown of how the $10 million will be spent.

The $10 million initiative will build on her current research and activism.

“Amutah-Onukagha is also the director and founder of the Maternal Outcomes for Translational Health Equity Research (MOTHER) Lab,” the university stated. The lab trains “35 students from undergraduates to postdoctoral fellows… to become the next generation of maternal health scholar activists. The MOTHER Lab will become a unit within the center.”

A black pro-life woman with Students for Life of America told The Fix via email that the Tufts’ professor’s support for abortion is troubling.

In a 2021 paper Amutah-Onukagha, urged healthcare professionals to “join ranks with our medical, feminist, and reproductive justice colleagues to oppose abortion bans.”

The medical professionals and activists must oppose “all efforts to exploit the COVID-19 (or other) crisis to slash women’s access to legal, full sexual and reproductive health care during this epidemic and always,” she wrote with other professors in 2021. The four professors published the paper in the Maternal and Child Health Journal.

Students for Life of America Fellowship and Impact Coordinator Norvilia Etienne told The College Fix through a spokesperson that “Tufts University’s intentions to help” black women are positive.

“However, opening this center for Black Maternal Health and Reproductive Justice headed by Dr. Ndidiamaka Amutah-Onukagha, who has proven herself to be an avid proponent of abortion in the black community, is counter intuitive,” Etienne stated.

“As a black woman, I find it interesting that there is a positive correlation between the fact that the abortion rate of black women is almost five times that of white women in the United States and the fact that our community’s maternal death rate is three times that of the white community,” she told The College Fix. “Abortion causes reproductive complications and having had one or multiple abortions in the past increases the risk of maternal death in women who currently want to carry their pregnancies to term.”

“Dr. Ndidiamaka Amutah-Onukagha’s efforts to increase abortion access in the black community may be the very thing increasing the maternal death rate for women in the Black community,” Etienne stated.

“Abortion is not healthcare,” Mariah McCarron told The Fix through a media representative.

“Healthcare does not intentionally end a healthy, living human being’s life, such as abortion does to the preborn,” McCarron said. “Furthermore, abortion poses very significant physical and mental health risks to women that too often are not addressed while considering the procedure.”

MORE: Abortion is ‘life-saving’ and ‘a gift,’ medical student says