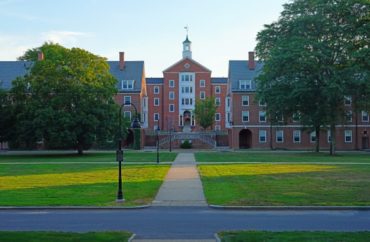 Regular readers of The College Fix know that in October 2018, an “eating while black” incident at Smith College was debunked, as we covered then the fact that a law firm completely cleared those involved of any wrongdoing, racial or otherwise.

This week, the whole nation learned it, too, thanks — surprisingly — to an expansive new report in The New York Times that has gone viral.

In the summer of 2018, then-Smith College student Oumou Kanoute, a teaching assistant and RA, had claimed that while she ate lunch in the cafeteria, she was confronted by a campus security guard who demanded to know what she was doing there.

On social media, Kanoute, who is black, accused those involved in the incident of racism and being racist. It became known as the “eating while black” incident.

In reality, the investigative report found, Kanoute was relaxing in a Smith building closed to the campus community as it was hosting a kids summer camp.

An old janitor with poor sight who saw the room in use called campus security — as he had been advised to do if he saw anyone in the building as it was for young guests. The security guard who spoke with Kanoute was kind and polite the entire time, video shows.

MORE: Smith investigates employee for following its own procedures on ‘suspicious behavior’

But the damage from Kanoute’s false claims continue to have repercussions to this day, as the Times piece illustrates:

This is a tale of how race, class and power collided at the elite 145-year-old liberal arts college, where tuition, room and board top $78,000 a year and where the employees who keep the school running often come from working-class enclaves beyond the school’s elegant wrought iron gates. The story highlights the tensions between a student’s deeply felt sense of personal truth and facts that are at odds with it. …

The atmosphere at Smith is gaining attention nationally, in part because a recently resigned employee of the school, Jodi Shaw, has attracted a fervent YouTube following by decrying what she sees as the college’s insistence that its white employees, through anti-bias training, accept the theory of structural racism.

The Times piece notes how the university’s reaction to Kanoute’s false claims — it never apologized publicly to the falsely accused employees and enacted massive anti-racism and bias programs — created a tense and sometimes racially charged environment on campus.

It also details how the four employees trashed by Kanoute’s allegations have continued to suffer from them in various ways.

“We were gobsmacked — four people’s lives wrecked, two were employees of more than 35 years and no apology,” Tracey Putnam Culver, a Smith graduate who recently retired from the college’s facilities management department, told the Times. “How do you rationalize that?”

Kanoute’s attorney saw it differently, telling the Times: “It’s troubling that people are more offended by being called racist than by the actual racism in our society. Allegations of being racist, even getting direct mailers in their mailbox, is not on par with the consequences of actual racism.”

But Shaw sees it differently. She recently resigned from Smith College, alleging years of discriminations — because she is white.

Read the report that cleared the employees here.