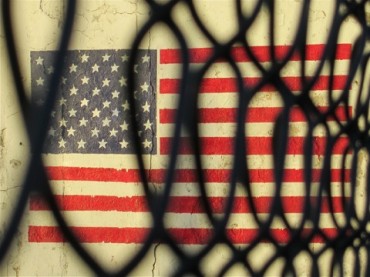 The UC Berkeley student government has banned the term “illegal immigrant” from its discourse, deeming the phrase racist, offensive, unfair and derogatory.

In an unanimous vote, student senators passed a resolution that stated the word “illegal” is “racially charged,” “dehumanizes” people, and contributes to “punitive and discriminatory actions aimed primarily at immigrants and communities of color.”

The “resolution in support of drop the I-word campaign” was approved 18 to 0 with one abstention on Oct. 30, according to a copy of the meeting’s minutes obtained by The College Fix.

Its approval marks at least the second time this semester that a public university’s student government has voted to eradicate the phrase. UCLA passed a nearly identical measure in late August.

There are an estimated 900 students in the country illegally who are currently enrolled in the 10-campus, University of California system, according to UC officials. These students live in “fear” because former Homeland Security secretary Janet Napolitano is now president of the UC system, according to the resolution, which aims to “create a safe campus environment for all students.”

“The ‘I’ word is legally inaccurate since being out of status is a civil rather than criminal infraction,” states the resolution, which notes some journalists have stopped using the term.

“No human being is illegal,” the resolution continues. “ ‘Foreign nationals,’ ‘undocumented immigrants,’ ‘immigrants without papers’ and ‘immigrants seeking status’ are examples of terms we can use that do not dehumanize people.”

The resolution also calls for administrators and faculty to attend an “UndocuAlly training workshop.”

Student Sen. Wendy Pacheco said it was not just symbolic, but aimed to shift how people see their “fellow human beings,” that it’s not OK for someone to feel comfortable calling another “illegal,” while student Sen. Sean Tan said discouraging the word will help ease the negative psychological harm undocumented students face by the label.

Nwoche said while he sympathized with the situation, he thinks the resolution does not accomplish anything substantial. He added he was disappointed in how a student who spoke against the resolution at an earlier meeting was treated by student senators, who laughed or had their backs turned when the lone protestor addressed the dais.