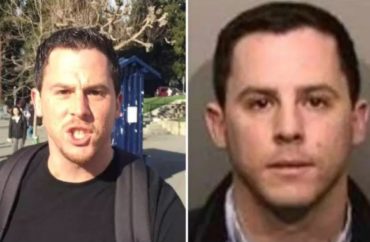 Attorney calls for presumption of innocence

The suspect accused of punching a conservative activist in the face at UC Berkeley pled not guilty to three felony charges stemming from his alleged attack.

According to Henry Lee, a crime reporter for KTVU, Zachary Greenberg appeared at court with his attorney Wednesday morning.

“Mr. Greenberg is a 28-year-old man, he was using the library at UC Berkeley to study, he has a clean record,” Greenberg’s attorney told the media. “I understand that many people observing this case are interested in constitutional freedom, and I would remind them that one important constitutional freedom is the presumption of innocence, due process of law, due process in a courtroom, not on social media or the internet.”

She also clarified that Greenberg is not a student at UC Berkeley, but is a student “elsewhere.” She did not comment further on questions about Greenberg’s defense.

In response to the plea, Hayden Williams’s attorney Harmeet Dhillon told the Daily Caller that “It is customary for criminal defendants to enter a not guilty plea, so I’m not surprised by that,” adding that Greenberg was ordered to not contact Williams and is not allowed within 100 yards of UC Berkeley.