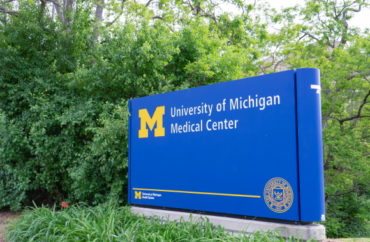 ‘It really comes down to: Is there any part of American life and society that is not touched by racism?’

The University of Michigan Department of Anesthesiology hosted Monday a screening of the video “Critical Race Theory: American Law and Racism” as part of the university’s annual Martin Luther King Jr. Day symposium.

Kimberly Ward, the department’s DEI administrative specialist, joined Kristen Howard, senior director of the Office for Health Equity and Inclusion, to screen the pre-recorded video, in which Columbia law professor and coiner of the term “intersectionality” Kimberlé Crenshaw gave a rundown of critical race theory history and significance.

After the 25-minute video, Ward and Howard led a 30-minute discussion. Nearly 300 attended via Zoom.

“It really comes down to: Is there any part of American life and society that is not touched by racism,” Howard said in a discussion after the screening. “Whether it be anesthesiology, education — again, housing is one of the ones where we see this often — there really is not a corner that is left untouched because of the way that our systems were built.”

The only time during the entire event that the presenters discussed any connection between critical race theory and the practice of anesthesiology took place after The College Fix asked a specific question about any overlap of the two topics.

One example of the way that race impacts medicine is the different standards among races for proper estimated Glomerular Filtration Rate, a measure of kidney function, Ward said. The eGFR is something an anesthesiologist would need to know about to understand the effect of anesthesia on the kidneys.

“If you’re black, then this [eGFR calculation] is a problem. If you’re white with the same number, this is not a problem, and it’s a very strong issue,” she said.

When medical specialists first designed an equation to measure eGFR in the late 1990s, some clinical trials demonstrated that black patients could have higher creatinine, a natural waste product that acts as the determinant for the measurement, in their blood, so they took race into account for their calculation.

Since then, the use of race in the equation has been a subject of debate. In September 2021, the National Kidney Foundation unveiled a new method of calculation that did not involve a patient’s race.

“And that’s exactly what CRT does. It just gives you a framework from which to examine, question, and thoughtfully consider your practices, your programs, your policies. It’s just a lens to apply, and it can be applied to any system.”

No other discussions regarding connections between critical race theory and the practice of anesthesiology took place during the hour-long event.

Ward and Howard also revealed that students in the university’s medical school may choose to take a 16-week course that explores the “history of race and racism in medicine,” which was developed in September 2021. The course was designed by the school’s antiracism Oversight Committee which controls the Education & Clinical Practice Subcommittee, the primary purpose of which is to design curricula for students.

While general summaries of the course are public, official syllabi are not available online to students not enrolled in the medical school. However, the course “covers so much: from enslavement times in 1619 to the present and how many of those structures came about and how people were judged,” Ward said.

Other courses listed on the medical school’s “Diversity and Health Equity” page include “Ethics and Impact of Bias,” “Health Disparities in the U.S., Implicit Biases, Health Inequities,” and “Implicit Bias, Microaggression & Allyship Training.”

The medical school has hosted similar events in the past.

In July 2022, incoming medical students walked out of their White Coat Ceremony to protest a keynote speech from Dr. Kristin Collier, a pro-life member of the school’s faculty (though she did not speak about abortion at the ceremony). Students had previously created a failed petition to cancel her speech, which prompted the medical school’s dean, Dr. Marschall Runge, to promise a forum on the importance of viewpoint diversity.

That forum apparently came in the form of a panel discussion in late September focusing on “Health Equity Advocacy & Social Justice,” which featured no conservatives.

The University of Michigan is not the only medical school to host such events. The surgery department at the University at Buffalo hosted Harvard University Professor Cornel West in March 2021 to begin an antiracism initiative.