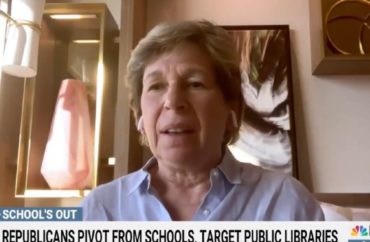 A member of the American Federation of Teachers had $450,000 in her student loans bailed out by taxpayers, according to a Labor Day message from the education union.

“The AFT is a leader in helping borrowers escape crushing college debt,” a Labor Day message from the union’s leadership, including President Randi Weingarten, stated.

The group worked to make it easier for members to take advantage of the Public Loan Service Forgiveness program, which bails out government workers from their student loans.

“This summer, we helped an AFT member in California wipe out her $450,000 student debt,” the message stated. This bailout is separate from the $300 billion absorption of government loans by taxpayers recently announced by President Joe Biden.

It was an example of how the union “worked directly with the Biden administration on the latest PSLF fixes and the recent game-changing announcement on student debt cancellation.”

“Through the AFT’s advocacy around PSLF, $10 billion of student debt has been forgiven for 175,000 public service workers so far,” the union message stated.

The union represents school personnel, including professors, school staff and teachers. It is a major supporter of the Democratic Party and backed the shutdowns of public schools during the outbreak of COVID. The shutdowns have been linked to learning loss.

Union leadership alleged that the same people who want to “undermine” unions are trying to “undermine democracy and public schools.”

“Our promise, as a union, is to continue to focus on solutions for the people we represent and the people we serve,” the message concluded. “We have a big job ahead of us this November, because the forces that want to undermine our unions are the same forces trying to undermine democracy and public schools.”