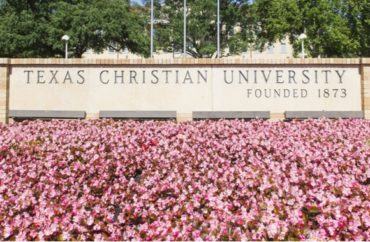 There’s no ‘intimate interpersonal dynamic’ in a hearing

Several courts have ruled against campus sexual-misconduct investigations that prevent adjudicators from effectively comparing the credibility of accused and accusing students.

Judges argue that credibility determinations are best accomplished through cross-examination in live hearings, perhaps via videoconference. The 6th U.S. Circuit Court of Appeals went so far as to recommend the University of Michigan watch the movie My Cousin Vinny to learn how to do this.

But many universities favor the opposite of this approach, known as the single-investigator model: One official separately interviews parties and witnesses, reaches findings and determines sanctions.

According to Texas Christian University, accused students actually like this process when they go through it.

Official student publication TCU 360 reports on the fear of campus officials that the U.S. Department of Education’s pending revisions to Title IX regulations could ban the model it uses:

Both Leah Carnahan, TCU’s assistant director of Title IX advocacy and education, and Dr. Darron Turner, TCU’s chief inclusion officer and Title IX coordinator, said the changes under review would create an investigative model and put students in the same space for a panel hearing.

Turner said the single investigator model, which involves one-on-one conversations with the survivor, respondent and witnesses, is more accurate because of its intimate interpersonal dynamic. Students who were being investigated, he said, where [sic] surprised how fair the process was to them.

The officials’ comments on the popularity of TCU’s process drew mockery on Twitter from lawyers and academics who advocate due process. One of them, the University of San Francisco’s Lara Bazelon, started a pro-bono law clinic for black college students under Title IX investigation.

TCU's TIX coordinator: "Students who were being investigated…were surprised how fair the process was to them."
(TCU uses single inv'r model, deemed unfair to acc'd students in 6th Circuit, California, by multiple fed'l courts, & in proposed TIX regs.)https://t.co/KHM3qxmBHA

TCU's: "Single investigator model, which involves one-on-one conversations with the survivor, respondent and witnesses, is more accurate because of its intimate interpersonal dynamic."

Courts: What a total steaming pile of bullshit. https://t.co/BfKO4VJ3Vx

An impartial Title IX single investigator who plays prosecutor, detective, judge, jury, and executioner, is by definition not impartial.

The federal government’s proposal mirrors much of what courts have already ordered colleges across the country to do. It would explicitly ban the single-investigator model, a change of course from a leaked draft that was silent on what kind of investigations are legitimate.

According to Carnahan, the assistant director of Title IX advocacy and education, requiring adjudicators to observe the demeanor of parties in response to questions from each other will “roll us back decades,” resulting in fewer reported allegations of sexual misconduct.

Though it’s only a “feather difference” from the previously mandated “preponderance” standard, Turner said, the clear-and-convincing standard does not account for the reality of campus, where “alcohol and emotions make Title IX cases more complicated,” TCU 360 paraphrased.

The student-run publication may have been confused by the federal government’s proposal to not hold colleges responsible for investigating claims outside of “the school’s own program or activity,” which is the explicit jurisdiction of Title IX.