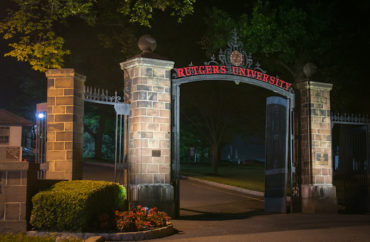 ‘Can we just keep them…out of my neighborhood?’ prof said

A professor at Rutgers University has been cleared of wrongdoing by the school after he wrote an anti-white Facebook post earlier this year. The school determined that, in writing about his hatred of white people on his personal Facebook account, the professor did not violate any university policy.

The post by history professor James Livingston expressed frustration about white people in Harlem as well as a general hatred of white people.

“OK, officially, I now hate white people. I am a white people, for God’s sake, but can we just keep them—us—us out of my neighborhood?” wrote Livingston on May 31.

Livingston described entering a burger restaurant in Harlem and finding “the place overrun with little Caucasian assholes who know their parents will approve of anything they do.”

“I hereby resign from my race. Fuck these people,” Livingston wrote.

In an email interview with The College Fix, Livingston said he was grateful to both Rutgers’s president Robert Barchi, who remanded the case to be reevaluated by the equity office, as well as “the colleagues and friends who stood up for me, regardless of how they felt about my Facebook posts.”

“I must say, I was shocked by the initial determination from the Office of Employment Equity, charging me with a violation of the university’s policy regarding racial discrimination and harassment.  Also by the remarkable speed with which my appeal was denied–within 36 hours of its submission–by the VP of Human Resources,” Livingston wrote.

Livingston said that the university fielded numerous complaints about him after he made the post, but that the complaints came from anonymous, off-campus sources.

“The initial determination speculated that some of these complaints could have come from within the Rutgers community, so that my utterance might arguably have disrupted the university’s mission of inclusion and diversity,” Livingston said, calling this determination “specious” and “groundless.”

Livingston claimed that the anonymous calls were actually from white supremacists who called the university office to complain about him. When asked, he admitted he could provide no evidence for that assertion. In its initial finding that the professor had violated university policy, the school did not make that claim; in its recent reversal of that decision, the school similarly did not make that assertion.

Livingston suggested The Fix reach out to the university regarding the calls. Reached via email, campus spokeswoman Dory Devlin said: “We do not comment on specific personnel matters.”

The Foundation for Individual Rights in Education, a campus watchdog group, applauded the university’s decision. The organization had originally petitioned Rutgers to reverse its decision against Livingston, slamming the university for “capitulating to anonymous outrage generated by an internet mob.”

“FIRE is pleased that Rutgers did the right thing and reversed the charge of racial discrimination against Professor Livingston. Any other result would have undermined the free speech and academic freedom rights of all Rutgers faculty members,” Marieke Tuthill Beck-Coon, FIRE’s director of litigation, told The Fix via email.

In her memo announcing the reversed decision, Associate Director of the Office of Employment Equity Carolyn Dellatore cited several reasons for reversing the earlier determination. Among them were the conclusions that Livingston “made only two isolated comments,” did not target a specific person, and was not proven to have shown racial bias in the classroom.

In the memo, Dellatore notes that, though Livingston did not violate university policy, his “offensive and racially-charged” comments “went beyond the bounds of rudeness or casual joking.”

MORE: Professor tweets on Christmas Eve: ‘All I Want for Christmas is White Genocide’