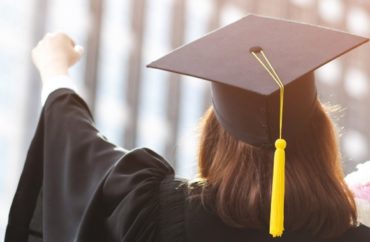 Bentley University has claimed the title of becoming the first school in the United States to offer a bachelor’s degree in diversity, equity and inclusion.

This fall, students will have the option to pursue a four-year degree to prepare them for careers such as a diversity and inclusion specialist, human resources DEI expert or community organizer.

Bentley is a small, private liberal arts college in Waltham, Massachusetts. It charges $55,000 a year for tuition and fees and is known for its business-minded majors.

The new major was developed because “students have an interest in careers that make a positive impact on society and employers have an interest in hiring graduates who can fill these diversity, equity and inclusion roles,” said Helen Henrichs, the university’s spokesperson, in an email to The College Fix.

There are two DEI bachelor degree pathways at Bentley.

One is a Bachelor of Science, which emphasizes diversity, equity and inclusion in organizational strategy, or a Bachelor of Arts, which focuses on critical and theoretical approaches to social justice, Henrichs said.

“Both options will pair core business courses, such as ‘Managing Diversity in the Workplace’ and ‘Gender and the Law,’ and core arts and sciences courses, such as ‘Cross-Cultural Communication’ and ‘Race and Racism in U.S. History,’ with electives from multiple areas,” she said.

“Students will have the flexibility to choose classes that align with their interests.”

As Heather Mac Donald reports for Quillette, the decision for a “relatively conservative” liberal arts business-oriented school to embrace DEI as a core pillar of education is a pragmatic choice.

“The diversity-consulting business is white hot, having been turbocharged by the death of George Floyd. Any large corporation that had not yet hired an in-house diversity manager rushed to correct that omission in 2020,” Mac Donald pointed out.

“Other firms, already supplied with internal inclusion specialists, brought in outside diversity outfits to double down on their efforts to root out their own institutional racism.”

A news release from Bentley that touts the new offering notes that “diversity and inclusion roles have increased 71% globally over the last five years, with median salaries ranging from $84,000 to $126,000.”

Henrichs offered a similar explanation to The College Fix.

“The new major was created to respond to the growing importance of diversity, equity and inclusion in the workplace,” she said.

As of yet, she said it’s unclear how many students will choose DEI as their major.

As Mac Donald writes, “By all accounts, this is the first undergraduate major dedicated to churning out more diversity bureaucrats and consultants. It will not be the last.” She argued universities can simply repackage their many social justice-themed courses to that end.