The University of Pittsburgh Medical Center convinced an academic journal to rescind a paper by its own employee by claiming it was full of “inaccuracies, misstatements, and selective misreading of source materials.” It also fired him.

Norman Wang’s sin? Arguing that affirmative action in medical schools was hurting its supposed beneficiaries. UPMC’s retaliation against Wang prompted a federal investigation by the Department of Education, which is threatening to ding its federal funding.

No such consequences are facing the University of Canterbury in New Zealand for retaliation against a professor for her research – except global condemnation from Anne-Marie Brady’s international colleagues.

Brady’s lawyer told Times Higher Education that not only has she been under university review since August, but that Canterbury placed a gag order on her:

“The university’s failure to direct the complainants to normal academic remedies — publish their criticisms if they had confidence in them — is generating significant disquiet and internal protest from staff at her university, and elsewhere in New Zealand,” he said, adding that “the university would be a laughingstock if the chilling effect was not so obvious.” 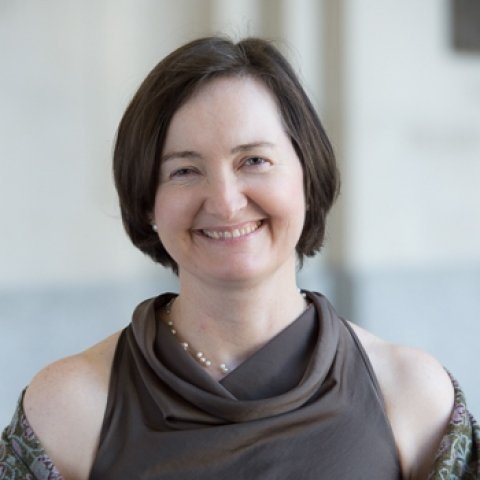 One of Brady’s colleagues also told Times Higher Education the university had “gagged” her for raising “valid questions about Chinese defense spending,” leaving her “unable to defend herself.” A university spokesperson called this “incorrect.”

In language echoing UPMC’s rationale for punishing Wang, Canterbury claims Brady’s work is full of “manifest errors of fact and misleading inferences.” Its evidence is four complaints from academic staff at Canterbury and other universities who claim their reputations are “in question” because of Brady’s research.

Brady’s controversial research looked at alleged links between the Chinese military and New Zealand universities. It was published in July by the U.S.-based Wilson Center, a think tank chartered by Congress, where Brady is a global fellow, and also submitted to New Zealand’s Parliament.

“Holding a Pen in One Hand, Gripping a Gun in the Other” argues that New Zealand may be breaching its own laws and international commitments by “increasingly been exporting innovative and sensitive technology to China.”

New Zealand is heavily dependent economically on Chinese foreign students and tourists, and China is New Zealand’s sixth-largest foreign scientific research partner, according to the paper.

Brady also published an op-ed in the Washington Post in September on “the Chinese Communist Party’s growing political interference activities in states all around the world.”

Last month nearly 200 “international colleagues” of Brady wrote an open letter to Ian Wright, Canterbury’s deputy vice-chancellor for research, saying they were “shocked” by his allegations against Brady:

Her ground-breaking research on the United Front work of the Chinese Communist Party has had a profound impact internationally based as it is on meticulous research and her analytical insights over 20 years of scholarship in this area. …

We, who know this area, can see no manifest errors or misleading inferences based on the evidenced material provided in the report. The paper does not make “inferences.” People who study it may draw some, but that does not mean the paper made them, misleading or otherwise. ….

We are disappointed to see no prompt follow-up, explanation or clarification of the University’s position concerning the allegations. … The silence has been interpreted as collaboration in slander against a very distinguished scholar whose work has been consistently based on sound social scientific methodology.

They demanded a “prompt and full apology” from both Wright and the university as a whole, saying Brady has experienced “a harassment campaign and threatening menace because of the serious implications of her important research.”

If there really were defamation issues, then the university could have taken up a court case against her, but this would have caused them severe reputational damage The proper way to deal with it would have been through a point-by-point academic rebuttal, but this would mean examining the paper and the larger issue in great detail and drawing more attention to the issue. The point of the “review” seems to have been to shut Professor Brady up with the minimum of fuss and outside scrutiny.