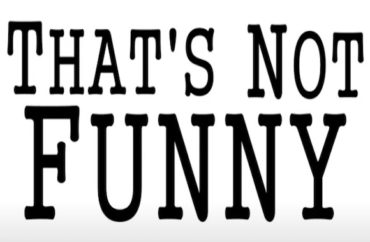 The administration at Canada’s University of Manitoba is concerned about a popular social function hosted by its College of Dentistry.

The “Beer and Skits” event has been a thing — a “hotly contested tradition” — for some time now at the school.

According to a Beer and Skits “Guiding Principles” document, the event “relies upon humour, innuendo and satire primarily directed at students and faculty members.” It also provides a “chance to laugh at ourselves, and explore the idiosyncrasies of our profession and school […] It is also an important creative outlet and forum for freedom of expression.”

The principles do warn of the “potential to offend some,” and as such performances are subject to prior review.

In a message posted last week, Vice Provost Brian Postl said he was worried about the upcoming Beer and Skits event  because of past reports that some performances were “disrespectful toward fellow students and generally inappropriate.”

Invoking “equity, diversity and inclusion” as well as a “respectful work and learning environment,” Postl even warned the event’s name could be “perceived as exclusionary” … because some students don’t drink beer.

“While we appreciate that the intent of these events is primarily community building, we want to remind students that such activities must align with all policies and procedures intended to ensure our work and learning environment is safe and respectful,” Postl wrote. “We ask you to reimagine student events in line with these commitments.”

At the end of his message Postl includes various links, including the school’s “Joint Commitment to EDI (Equity, Diversity and Inclusion),” the Office of Human Rights and Conflict Management and the Speak Up Reporting System (which is basically a cute name for where to file a “bias” complaint).

The university’s “RWLE,” or “Respectful Work and Learning Environment” site notes that UM has “a commitment to academic freedom and freedom of thought, inquiry, and expression among its members which may result in respectful disagreements regarding beliefs or principles.” At the same time, it says it “does not condone behaviour that is likely to undermine the dignity, self-esteem or productivity of any of its members …”