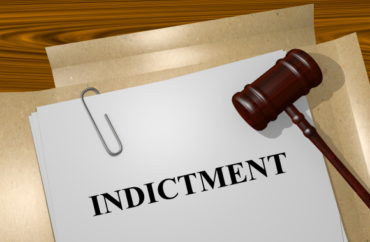 Simon Ang ‘received money and benefits from China and was closely associated with various companies based in China,’ feds allege

A University of Arkansas-Fayetteville engineering professor with links to China has been indicted on 42 counts of wire fraud and two counts of passport fraud, the Justice Department announced Wednesday.

Simon Ang, 63, former head of the UA High Density Electronics Center, was arrested in May on allegations that he did not reveal his connections to China when he applied for grants from NASA.

In announcing the indictment this week, Assistant Attorney General for National Security John Demers stated in a news release that the case represents “a hallmark [of] China’s targeting of research and academic collaborations within the United States in order to obtain U.S. technology illegally.”

A UA spokesman told the Arkansas Times Ang was terminated from his job July 2.

As The College Fix previously reported in May, the investigation reportedly began when a UA employee discovered a hard drive in the school library’s lost-and-found. On it were emails allegedly from Ang which stated “there are things that are becoming very difficult for me recently because of the political climate” and “I have to be very careful or else I may be out of my job from this university.”

In another, Ang allegedly wrote “You can search the Chinese website regarding what the US will do to Thousand Talent Scholars. Not many people here know I am one of them but if this leaks out, my job here will be in deep troubles.”

According to federal investigators:

The news on Ang came one day after the Justice Department announced new charges against former Harvard University chemistry and chemical biology department Charles Lieber, who is similarly accused of conspiring with China.

The law enforcement activities come as GOP lawmakers have pledged to look into China’s influence in American universities as the communist giant “has strategically invested in U.S. academia to attempt to steal confidential information and technology from U.S. companies and even the U.S. government.”