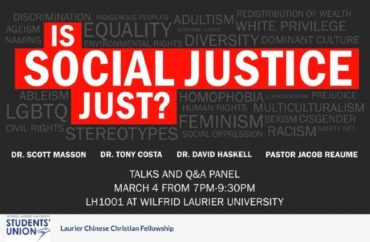 When a professor suggested his university appoint a “devil’s advocate” for a panel discussion promoting equity, diversity and inclusion, an administrator said it wasn’t necessary.

A year later, the university had a different reaction to a scheduled panel discussion questioning whether social justice is actually “just,” according to another professor.

The journalism professor tweeted last week that the administration had asked “to meet about security fees (never charged to any Lefty speaker)” and was “‘suggesting’ that we allow someone with the counter perspective speak too.”

The administration hit back against Haskell’s characterization, saying it never required the student club to include contrary viewpoints, though it didn’t comment on security fees.

“The university is working collaboratively with the organizers to ensure that their event can be held as they intend, and in a way that provides adequate safety and security for participants and the campus community,” Director of Communications and Public Affairs Kevin Crowley told The College Fix in an email.

Haskell first rose to prominence for defending a Laurier graduate student, Lindsay Shepherd, who sparked a university investigation by showing her undergraduates a TV debate on gender-neutral pronouns.

He later quit the university’s free-speech task force in protest of a new policy allowing the administration to apply steep security fees to student events, saying it would “almost exclusively” affect groups that want to bring “right-leaning individuals.” Haskell is now running for Parliament on a platform targeting enforced orthodoxy on campus.

1/ I'm part of panel discussing the injustices of social justice. Slated to take place at my university, @Laurier, admin is now wanting to meet about security fees (never charged to any Lefty speaker); & is "suggesting" that we allow someone with the counter perspective speak too pic.twitter.com/nB9vEJyUCw

‘He who knows only his own side of the case, knows little of that’

Haskell is calling out his university, again, for its apparently divergent attitudes toward two events promoting opposite viewpoints.

Last year the Women Faculty Colleagues at Laurier hosted an event purporting to explain “Why equity, diversity, and inclusion are still important on University Campuses,” according to a March 27, 2019 email Haskell forwarded to The Fix.

The four panelists at the April 10 event would seek to answer why people “need to be aware” of equity, diversity and inclusion and “consider multiple marginalized identities in academia and beyond.”

Haskell’s colleague William McNally, a finance professor who has pressed Laurier to protect freedom of expression, thought the event looked one-sided. “Are any of the panelists tasked with the devil’s advocate roll [sic]?” he asked Lavoie, according to another email forwarded by Haskell. “I am curious because it makes for a livelier discussion.”

Haskell and McNally next reached out to the university community at large, suggesting that the two professors be added to the April 10 event to balance out the conversation and make it a lively debate.

“The omission of an opposing viewpoint lessens the intellectual value of the event,” they wrote, quoting philosopher John Stuart Mill’s defense of pluralism:

He who knows only his own side of the case, knows little of that. His reasons may be good, and no one may be able to refute them. But if he is equally unable to refute the reasons on the opposite side; if he does not so much as know what they are, he has no ground for preferring either opinion.

“A one-sided panel is unlikely to present a good defense for EDI since no one is there to challenge the tenets and implications of EDI,” Haskell (below) and McNally wrote.

As vocal critics of the “detrimental effects” of equity, diversity and inclusion, “especially related to how these concepts affect university policy,” they are qualified to debate the pro-EDI panelists, they wrote. That way the panel can have a “civil and open discussion where the participants make a good-faith attempt to find truth.” 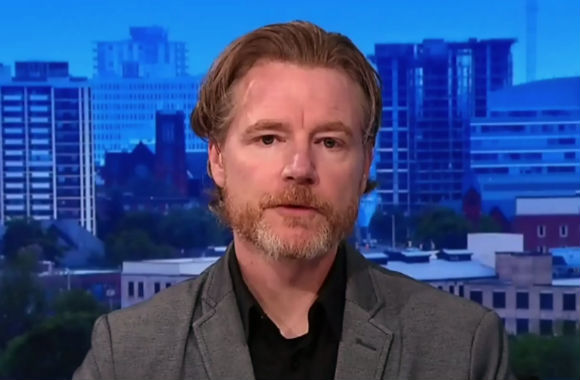 Haskell tweeted that he was reminded of this incident when he learned the administration was discussing terms of the March 4 event “Is Social Justice Just?” with the Laurier Chinese Christian Fellowship, including the alleged suggestion that a “counter perspective” be included.

The administration doesn’t “care that almost every class in the Arts/Humanities/Social Sciences IS the counter perspective telling students why all things right of centre are evil,” he wrote. “The social justice cult worships a jealous god who demands access to every sphere & event.”

The university rejected the idea of “devil’s advocate roles” when the subject was last year’s event on why “equity, diversity, and inclusion are still important,” Haskell said, which shows it favors the prevailing left-wing orthodoxy on campus: “[H]ow’s this for hypocrisy?”

His colleague McNally responded that the university’s “‘suggestion’ … is a hijacking”:

Lavoie, the human resources equity officer who promoted last year’s event, told The Fix she was not aware of the upcoming event with Haskell and knew of no university rule requiring a counterpoint at one-sided events.

She referred The Fix to Crowley, the university spokesperson, who wrote:

Wilfrid Laurier University unequivocally embraces the principles of free speech and has enshrined this commitment in its Statement on Freedom of Expression. There is absolutely no requirement to provide a counterpoint speaker at any event. In this instance, the student club was simply asked if it had considered including a range of viewpoints. To interpret this as a “requirement” is misleading and factually incorrect.

Haskell told The Fix he would ask the organizer of the March 4 event to forward the email about the “security fee meeting,” but warned that “he may be worried that it will stoke the fire of the U admin folks.” The Fix has yet to receive any such email.

Haskell has not responded to further queries about which administrators wanted to meet to discuss security fees and a counterpoint. The Laurier Chinese Christian Fellowship has not updated its Twitter profile since 2011, and its Facebook group is closed.

2/ They don't care that almost every class in the Arts/Humanities/Social Sciences IS the counter perspective telling students why all things right of centre are evil. The social justice cult worships a jealous god who demands access to every sphere & event.