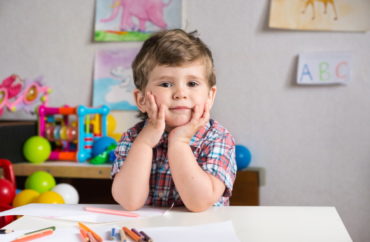 A research program underway by UT Austin researchers teaches white 4- and 5-year-olds and their white caregivers about “anti-Black racism.”

To participate in the voluntary study, caregiver-child pairs must meet certain criteria. The researchers state the child must be white, 4 or 5 years old, and not yet enrolled in kindergarten. The caregiver must also be white.

The research program is called “GoKAR,” the KAR standing for “Kids Against Racism.” A recruitment flier states: “Listen, Talk, and Learn About Anti-Racism with GoKAR!”

The program “creates opportunities for caregivers to engage in dialogue about anti-Black racism with their preschool-aged children at home,” the flier adds.

“The program includes a series of professional children’s videos and discussion guides. We aim to explore overall engagement with the GoKAR! Program, as well the potential for the
program to reduce bias and increase awareness of racism.”

UT Austin researchers are recruiting up to 200 caregiver-child pairs to take part, according to the flier, which adds it consists of four weeks of engagement for a total of about 7.5 hours. 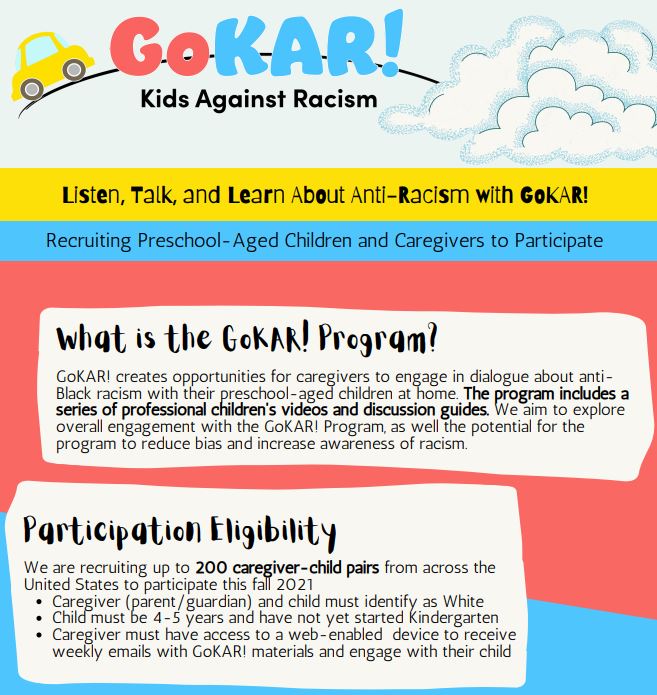 The primary investigators include two College of Education professors, Jessica Toste and Huriya Jabbar. Neither responded to a request from The College Fix asking for more details about the program’s children’s videos and discussion guides.

An email sent to someone who signed up for the program that was obtained by The College Fix states: “Our research team at The University of Texas at Austin (UT) is developing and testing the GoKAR! Educational Program. We aim to create opportunities for caregivers (parents/guardians) to engage in dialogue about anti-Black racism with their preschool-aged children at home.”

A GoKAR resource guide posted online offers a glossary of terms that includes a definition for systemic racism:

“Laws that treat people unfairly based on their race. Today, these systems may not seem as directly racist, but there are still rules and laws that impact certain groups of people more than others. For example, kids in mostly Black neighborhoods often go to schools that have less money for books and supplies compared to kids that go to schools in mostly White neighborhoods. Systemic racism can be hard to see but being an upstander means learning to see unfair rules and laws and speaking out or taking action against them.”

The guide suggests videos for children to watch, such as “Woke Kindergarten,” and children’s books, such as “Hope: A Story About Anti-Racism,” “Let’s Talk About Race” and “Hands Up!” Resources for caregivers include websites such as “Parenting for Social Justice” and “Raising 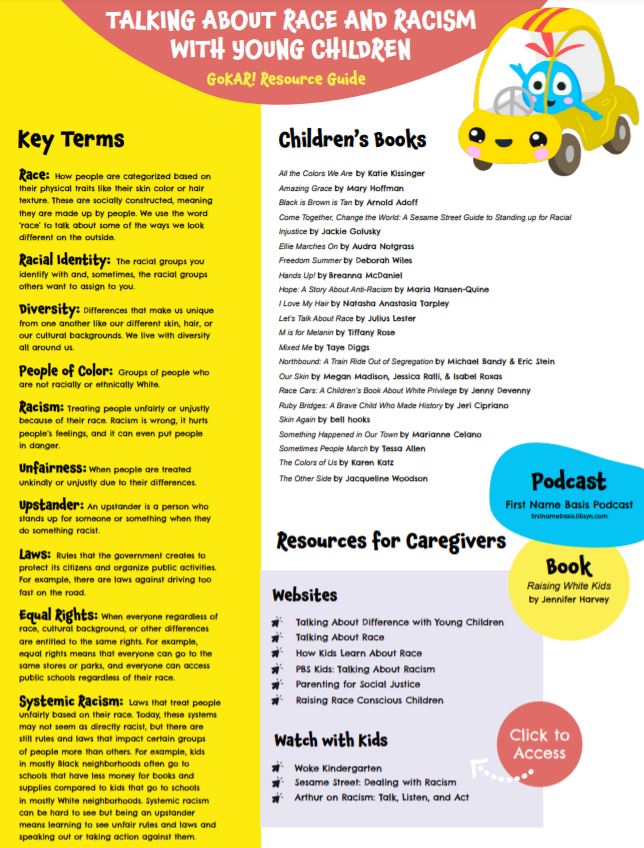 J.B. Bird, a spokesperson for the university, also did not comment on the program except to say in an email to The College Fix: “This is a voluntary study by three faculty members only open to a small number of parents who choose to participate.”

The research program has prompted some concern among observers.

UT Austin finance Professor Richard Lowery said he learned of it because an invitation to participate was sent to some with children enrolled in the university’s Child Development Center and someone forwarded the information to him.

He said from his observations, it looks like his peers are working on some sort of “state-developed critical race theory training program for 4-years-olds.”

“Given the way it’s written, it certainly sounds to me that this would be inspired by the kind of critical race theory ideology that seems pervasive at education schools and UT Austin,” he told The College Fix in a telephone interview.

“My interpretation is it’s a pilot program, a research study on the effectiveness of the program.”

The program also recently prompted a complaint to the Office for Civil Rights by economist Mark Perry, a professor at the University of Michigan Flint.

Perry said in an email to The College Fix that participants are financially compensated with a $25 gift card and an additional $20 gift card for completing an optional parent interview, for a total of $45.

“So only whites are allowed to benefit from this race-segregated ‘educational opportunity’ that includes financial compensation, while all non-whites are denied the opportunity to learn about racism (based on their skin color) and get compensated for that experience,” he said.

Perry said he has yet to hear back from the Dallas-based Office for Civil Rights regarding his complaint.

Bird, the university spokesman, had no comment on the complaint.