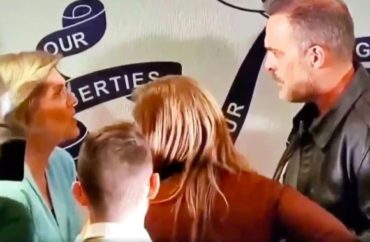 Democratic presidential contender Sen. Elizabeth Warren was challenged recently by a voter and father who wanted to know if he’s going to get all his money back that he scrimped and saved to send his daughter to college.

The question came in light of the fact that the Massachusetts senator has recently proposed to circumvent Congress in order to erase the college debt of 42 million American.

“I just wanted to ask one question. My daughter is getting out of school. I’ve saved all my money. She doesn’t have any student loans. Am I going to get my money back?” he said.

“Of course not, Warren said.

“So you’re going to pay for people who didn’t save any money and those of us who did the right thing get screwed,” the man said.

“No, you’re not going to get screwed,” Warren assured him.

“Of course we do. My buddy had fun, bought a car, went on vacations. I saved my money. He made more than I did. But I worked a double shift, worked extra — my daughter has worked since she was 10. So, you’re laughing.”

“Yeah, that’s exactly what you’re doing,” he said. “We did the right thing, and we get screwed.”

Video of the exchange has gone viral, and Rush Limbaugh also touted it on his program Friday.

Father : My daughter is in school, I saved all my money just to pay student loans Can I have my money back?

Warren: of course not

Father: so you want to help those who don't save any money and the ones that do the right thing get screwed? pic.twitter.com/EY8M57tj9F

Warren has since responded to the situation, CBS reports:

Asked how she responds to him and others with the same opinion, Warren said, “Look, we build a future going forward by making it better. By that same logic what would we have done? Not started Social Security because we didn’t start it last week for you or last month for you.”

When asked if she was “saying tough luck” to those people, she said “No,” but went into a story about how she was given a shot to go to college even though her family “had no money.”