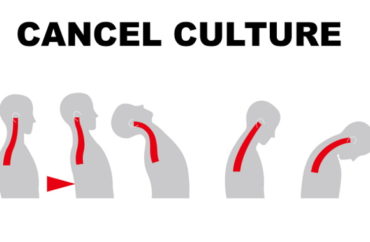 It’s the fastest cancel in the history of cancel culture.

It only took Wake Forest University 19 days to decide a new name it had given one of its buildings needed to be canceled.

In defense of Wake Forest, the new name chosen for the building was really, really dumb.

On May 7, Wake Forest University announced it would rename its Wingate Hall to “May 7, 1860 Hall” to mark the date it sold 16 slaves about 161 years ago.

“May 7, 1860, is the date Wake Forest sold at auction 16 human beings that a slave-owning benefactor bequeathed to the institution through his estate. By renaming this building, the University acknowledges participation in slavery, recognizes this aspect of its history and remembers those who labored at the institution against their will,” the university said in a news release at the time.

Washington Manly Wingate was the fourth president of Wake Forest University who held the title from 1853 to 1862, according to the university; after the Civil War, “Wingate contributed to the success of Wake Forest while actively promoting the institution of slavery.”

Fast-forward to May 26, when President Hatch sent a memo to the campus community explaining that officials decided to cancel the new building name.

A petition against the new name had stated it would create racial trauma.

I write today to share that we have decided to pause the implementation of our plan to rename Wingate Hall as May 7, 1860 Hall.

On May 7, we made an announcement to the Wake Forest community sharing our intent to change the name of Wingate Hall to the date on which the university (then Wake Forest College) sold 16 enslaved people to help build its endowment. In selecting this name, we sought to memorialize them as vital contributors to the Wake Forest story. Additionally, we envisioned that choosing this date as the building’s name would invite the question: what happened on May 7th, 1860? In provoking this question, we would thereby remember those whose labor and lives were unwillingly sacrificed to benefit this institution. And, in doing so, we would enshrine accountability for future generations.

We appreciate those who have questioned our decision and have asked us to pause and reconsider the full impact of this name. We have heard the requests for consideration of a name that would recognize the contributions of a Black leader from the Wake Forest community. We have heard particularly from some Black students, for whom Wake Forest has felt unwelcoming, that the name “May 7, 1860” on a campus building would further alienate or traumatize them.

In response, we are pausing the process of implementing the new name. We are fully committed to listening and understanding, as well as seeking a solution that appropriately honors the enslaved and fulfills our ethical commitment to accountability. To that end, I have asked Vice President José Villalba and Trustee Donna Edwards (‘80) to chair an advisory committee focused on (1) clarifying the objectives in selecting a name for the former Wingate Hall; and (2) collecting and understanding our community’s concerns, reactions and suggestions regarding a new name. The committee will advise the President on its findings.

The committee will commence immediately and intends to complete its work by June 30.

The faculty member who provided The College Fix with a copy of Hatch’s latest memo had some tongue-in-cheek suggestions (or maybe not) for the new committee to consider:

In all seriousness, this incident truly highlights the absurdity of cancel culture. The committee should just leave the building name as Wingate Hall.

If people want a find a place that never had slavery, they are going to have to hop on Elon Musk’s rocket ship to Mars. Best to understand all of the history of humanity has original sin and learn and grow from that instead of erasing history, because we all know what that means.