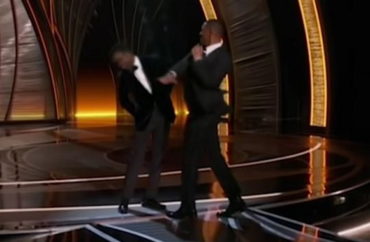 “Sticks and stones may break my bones, but words will never hurt me” has been debunked, according to Dr. Amanda Calhoun, a Yale School of Medicine psychiatry resident.

Her piece is headlined “Should Will Smith’s Slap Be Condemned More Harshly Than Chris Rock’s Words?”

“Instead of siding with Smith or Rock, I believe the situation is far more nuanced. And it begs a broader question: Should a physical assault always be judged more harshly than a verbal assault, no matter the context? I don’t think so,” Calhoun wrote.

She called verbal assaults “a form of abuse, and can lead to depressive symptoms and even suicide.” She cited two cases in which children suffered from various maladies due to being bullied.

Calhoun’s opinion is not an outlier when it comes to prevailing trends among higher education circles.

A 2015 survey by Young America’s Foundation of 1,000 college students found that “53 percent strongly or somewhat agreed that ‘choosing to use or not use certain words can constitute an act of violence.'”

Also that year, transgender actress Laverne Cox told George Washington University students “I’ve come to understand after all these years of experience that calling a transgender woman a man is an act of violence.” Many today argue misgendering someone is an “act of violence.”

A survey conducted by the Foundation for Individual Rights in Education released last fall representing 37,000 students at 159 top-ranked U.S. colleges and universities found that 23 percent believe violence can be used to cancel offensive speech.