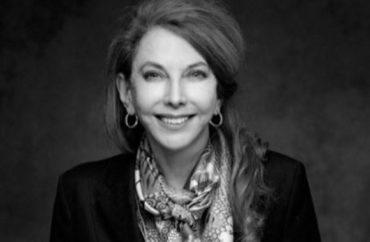 A letter written by Yale University students complaining of a “traumatizing” psychiatry lecture was made public this week by the Foundation for Individual Rights in Education, which called the complaint “another step in continuing retreat from academic freedom.”

The letter expressed incredulity that Yale had hosted a lecturer who entertained any notion of personal responsibility, demanded to know why a trigger warning was not given at its start, and questioned the Yale psychiatry department’s level of commitment to anti-racism.

Satel, a practicing psychiatrist and senior fellow with the center-right American Enterprise Institute, had in her online talk Jan. 8 described her time dealing with the opioid crisis in rural Ohio.

“I discussed the ‘deaths of despair’ phenomenon and showed photos of haunted industrial landscapes and the lonely downtown area. I presented national data on the characteristics of individuals who abused prescription pills and on the frequency with which addiction develops. I talked about the culture of prescribing in rural mining towns and the myriad factors that caused the crisis,” according to Satel in a Nov. 30 piece for Quillette.

She had paused at the end of her speech to mention an “artisanal coffee shop, one I would not expect to find here.”

The students, in their letter, objected to the title of Satel’s lecture, “My Year Abroad: Ironton, Ohio and Lessons from the Opioid Crisis,” to her artisanal coffee shop quip, and to her prior and current scholarship, which they contend is racist.

“Dr. Satel is known for her highly problematic and racist canon that explicitly blames individuals facing structural inequities for their own health outcomes,” the three-page letter stated.

“…We find her canon to be beyond a ‘difference of opinion’ worth debate. Her racist and classist beliefs are particularly harmful to our psychiatric patients, who do indeed suffer from structural inequities. …”

As to the title of her talk, the students complained it “likens rural Ohio to traveling abroad, another theme we found offensive.”

Satel told The College Fix this week that title of her talk wasn’t meant to offend.

“I intended it to mean many things: one talks about a ‘year abroad’ with affection, with a sense of adventure, with gentle irony and an acknowledgment that the same country has so many different aspects to it — not better, not worse, just different,” Satel said in an email.

“They saw it as ‘othering’ — ok, but why not be open-minded and curious about the meanings I had in mind too,” she said, adding it “may seem like a small example,” but the students’ attack “generalizes.”

Satel told The Fix that the psychiatry department reached out to her to discuss the lecture.

“I was offered a chance by the chairman to discuss it with him — he was very professional — but I had no questions,” Satel said. “And I was not asked to do anything different.”

As for the students who accuse her of having “problematic” views, Satel said she hoped there was still an opportunity for an open dialogue.

“I would ask them to be very specific and perhaps there are some misconceptions that I could clarify,” she said. “We might still disagree on matters, but that’s okay.”

The letter, signed only by “Concerned Yale Psychiatry Residents,” specifically asked the chairman of the psychiatry department to “revoke” Satel’s lectureship.

The students’ letter had further criticized Satel for having “the audacity to challenge Reverend Al Sharpton, an exemplary individual and activist.”

But Satel only mentioned Sharpton briefly, noting that his political activism doesn’t always match up with the evidence regarding health outcomes for people of color.

Sharpton, currently an MSNBC host, is well-known for his involvement in high-profile racial hoaxes and for his virulently anti-Semitic past statements.

The students also criticize Satel, a former assistant professor of psychiatry at Yale, for her past statements regarding individual responsibility and health.

They deemed this message “traumatizing,” noting that Satel’s speech took place just “two days after the white supremacist insurrection that occurred at the Capitol” on January 6.

Satel, in her Quillette piece, took on the notion that patient responsibility has no role in medical practice:

“Are we truly to believe that health is so thoroughly contingent on malign forces that doctors shouldn’t bother educating patients about how they can take responsibility for their wellbeing? And how will the adoption of a zealous social justice agenda affect public trust?”

The incident is just the latest in a long line of problems Yale has seen regarding free expression on campus.

Last month, half-Native American law student Trent Colbert was questioned by diversity administrators after he invited classmates to a party at his “trap house,” a term often used by rappers to describe a place where drugs are used.

The university apologized to offended students, appearing to threaten Colbert with future problems passing the bar exam if he didn’t himself apologize. He did not.