Sit down and take it, serf. Or don’t. The choice is yours.

We’ve seen some pretty pretentious school board actions over the last COVID-laced year and half.

Liberal, white “progressive” boards have jumped on the critical race theory bandwagon and spent thousands, even millions, of dollars on so-called “anti-racism” and “equity” trainings.

The board for Florida’s Palm Beach County schools may take the cake, however.

You’ve no doubt heard about vehemently pro-mask liberal Democrats such as Gavin Newsom, Muriel Bowser and San Francisco Mayor London Breed violating their own edicts and going maskless where they’re supposed to be covered up. There’s also the Hollywood elite with its maskless awards ceremonies.

The PBC School Board, which is outright defying Governor Ron DeSantis’ no-mask-mandate executive order, was caught last weekend partying indoors at a county gala … all without face masks.

DeSantis’ order initially had been halted by a judge, but an appeals court reinstated it. The district arrogantly noted in a statement “While the legal battle on masks continues, the [appeals court] decision today will not change the mandatory mask mandate currently in place in our District.” 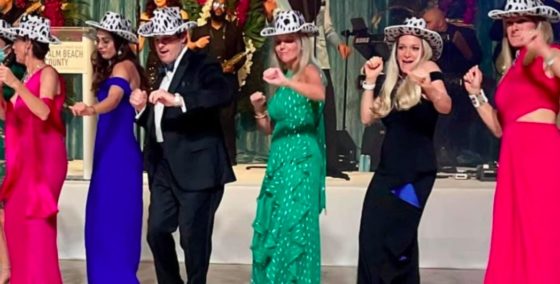 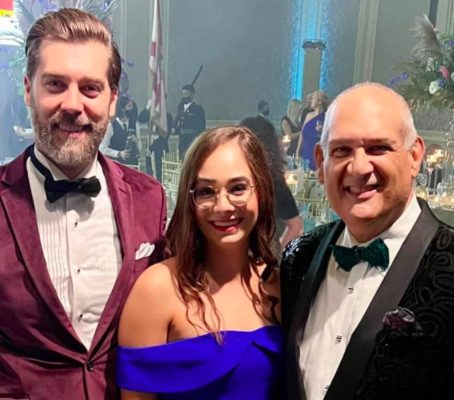 Board member Erica Whitfield even noted that the ruling “means we’re on the wrong side of the law right now. Last week, we were on the right side.”

Get that? While the district defies the state because of “legal battles,” the same standard doesn’t apply to children who refuse to wear masks. Check out the discipline referral for this seven-year-old who had refused to put on a mask.

PBC is the same school board which earlier this year said it was committed to “dismantling structures rooted in white advantage […] and redistributing resources to provide equitable outcomes.” It’s also the board which just doesn’t seem to grasp to whom they’re accountable; in late August, it tossed a parent from a board meeting for the “offense” of … standing in the back of the room.

At that same meeting, “AOC wannabe” Alexandra Ayala (middle, second pic above) excoriated those in attendance, saying “It is a privilege to address your public officials and to be in this chamber.” Privilege!!

The Palm Beach County School Board members abused their positions. They think they're bosses. They forgot “We The People” are the boss. They need to be reminded they work for the parents, taxpayers, and citizens of PBC. #Florida #palmbeachcounty @PBCSD @pbcgov @GovRonDeSantis pic.twitter.com/AJHc0iZxNg

Here’s what is a privilege, young lady: It’s defying your governor’s order and then punishing those who defy yours. It’s defending your mask order and then partying indoors with the county elite without a mask. It’s also getting away with crap like  this: Buying a house with your boyfriend outside the district you represent, then claiming you don’t actually live there — that you live with your mother.

(Also be sure to read County Commissioner Robert Weinroth’s rationales for the county gala — they’ll make your head explode. Note, too, how many comments there are supposed to be on Weinroth’s Facebook post about the party [145], compared to how many actually appear below the post [10] … which just happen to be all positive.)

At the most recent school board meeting, many in attendance called on its members to resign. But these parents and community members have to understand they’re not dealing with normal people. They’re dealing with hardcore narcissists who truly believe they’re better than those they represent. So sit down and take it, serf.

Or don’t. The choice is yours.

MORE: School board member resigns after threatening to shoot any mask-less person who comes near her